Utilizing an explosion of energy this morning {and knowing that I would likely be low on the stuff tonight},  I started a slow cooker meal bright and early. Wanting to use up some fresh veggies on this dull and rainy day, I had decided to make Crockpot Chili.

Later on while talking to a blogging friend on the phone today, conversation shifted from how much the twins were fighting today to ‘what’s for dinner?’.

“I have some Chili ready … Isabelle tolerates it, but the twins hate the stuff. I know it’ll be a huge fight later on but oh well. I’m a ‘eat it or go without’ Mom. They’ll learn one day.”

At dinnertime, I placed tasty bowls of Chili in front of the kids and sat down. Yeah, I might of had a smug look on my face. It was like my little piece of payback from a trying day of constant refereeing. Perhaps someday they’ll just it eat already!

Like I expected, there was a lot of stirring, and some polite forced smiles which really could have translated to ‘I’ll stab you in your sleep for this’. But, who’s to say for sure?

What seemed like hours later, I failed at many attempts to convince {and possibly bribe} the twins to eat it. Not a spoonful injested.

“Fine, bring your bowls up to the counter” I sighed as I loaded the dishwasher.

I turned to see my darling little twincess, standing in the middle of the dining room, a shattered bowl at her feet. Mouth open in complete shock, with bits of bowl and lots of Chili, all around her. 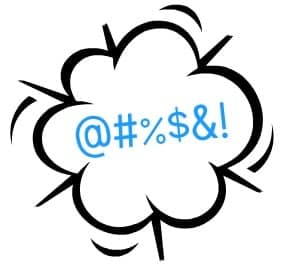 Time froze. I swear minutes passed before I was even able to move.

This is the part where I recalled my phone conversation from earlier in the day.

While the drop was an accidentee {as my twins call it}, this meal was a challenge right from the start. Mom vs the chaos. And I lost.

It literally splatted everywhere. While it would be vile to have posted a photo of the  Chili that lay on the floor, though the image will be in my head forever.

Instead, I’ll will show you a glimpse of the reach. Dropped by a 4ft tall tiny, somehow it sprayed all the way up to light switch level.

{Also a test in ‘how clean is your computer screen’ right? heh}

On my railing going into the living room, in the OPPOSITE direction to where she was walking. 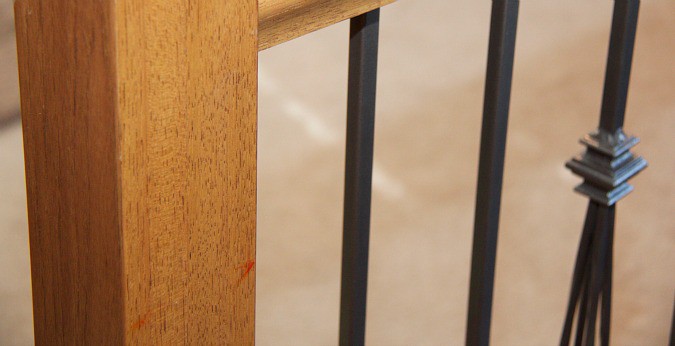 On my pantry door, on the kids easel, cabinets, on the underside of the table and all over the dining room chair cushions = @#%$&!

Cleaning it up made me gag, that was a whole new disgusting.

After washing the floors twice and wiping down, which I think, is everything – it still feels gross.

Cleaning this up was disgusting. I even think this is worse than the great poo fight of 2009. Seriously.

In this particular battle of Mom vs the chaos – they totally win. I’ll most likely never make Chili again.