Once upon a time {pre-kids} in a life long ago {pre-kids}, my definition of ‘camping’ involved tenting, and I loved everything about it. Well, maybe not everything because one cannot truthfully say they absolutely adore using outhouses or showering with a bag and hose tied to a tree, and getting more mosquito bites on the skin than actually washing it. So, aside from a few unpleasantries, I did love it the majority of the time.

Yet soon camping with a new baby seemed less than ideal, and through the years I got comfortable with a different form of camping. Tents were traded with a trailer, and convenient swaps were done from cooking to washing including a separate set of ‘camping clothes’ neatly hung in a miniature closet.

The end result of camping with three kids was more like a second home complete with a so-called ‘seasonal lot’, even with a full-sized deck and gazebo. While I was still surrounded by wilderness and with that came many joys in nature – it wasn’t the same.

Don’t get me wrong, there’s a lot to be said with trailer camping and renting a permanent section of land and making it a second home – it’s still away from the hustle and bustle of everyday life. Yet I had grown to miss the camping I knew from decades prior – in the middle of literally no-where, setting up a camp, and completely immersing yourself in nature.

So, when Summer 2017 rolled around, and I found myself without a trailer for the first time in that lifetime, it was the perfect chance to rekindle an old flame and introduce my kids to old-school camping. That’s when a plan started to form.

Friends of mine and their kids were already booked in sites at a lake, and I spent some time initially pondering if it was even possible. Ideas soon became reality as plans were set into motion. With every step taken to get closer to our Summer 2017 camping trip, excitement about rediscovering the joy of nature set in.

Yet when I proposed the idea to my daughters, the scene was much like a movie complete with blank stares of confusion and crickets. Then came the series of questions and statements which ranged from “Are you Kidding me” to “Do you know that we are hotel people, Mom?”. I have to admit, their worry was contagious and I started to panic. Was this really the best idea? What could I be getting us into? After all, the last time I took this on was a life long-ago, not taking this on by myself and not with three kids in tow.

Moments of doubt surfaced but I was determined. I decided that it was my duty to prove us all wrong.

A basic packing list snowballed into pages of lists, because organizing the chaos that is a camping adventure with kids is not for the faint of heart. Sleeping items, cooking supplies, food, and some basic necessities … turns out this is a lot of stuff! Yet I planned accordingly and with that some of the doubt we all had slowly started fading. I was prepared and we were determined to make this amazing. If attitude counts the most, we went in blazing. Well, that and a super packed SUV which has never seen that much stuff.

Together us four girls spent days old-school camping, and while some parts were ok {notice, I did not say ‘not so great’} – in entirety is was indeed one for the record books. Days were spent at the lake, working together to cook and clean, going for walks, and playing Mantracker in the woods. 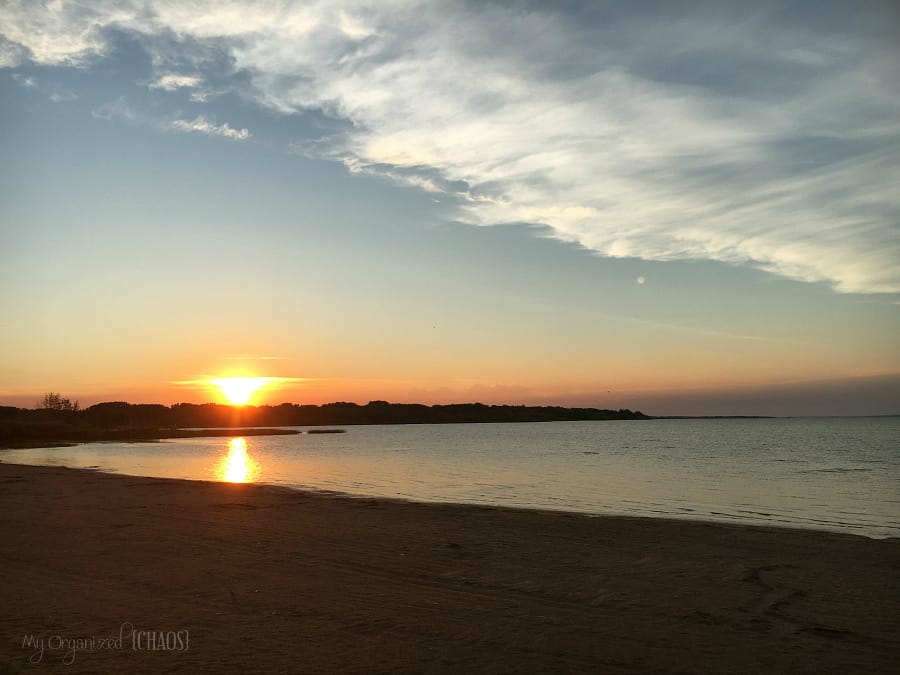 Electronic gaming was swapped for a deck of cards and some hula-hoops. S’mores were made by campfire as was corn on the cob. We listened for birds, fell asleep to the sound of rain on the tent, and studied dragonflies that landing on us curiously. Sticks were gathered, rocks were collected. The evening breeze felt great after a day in the sun. 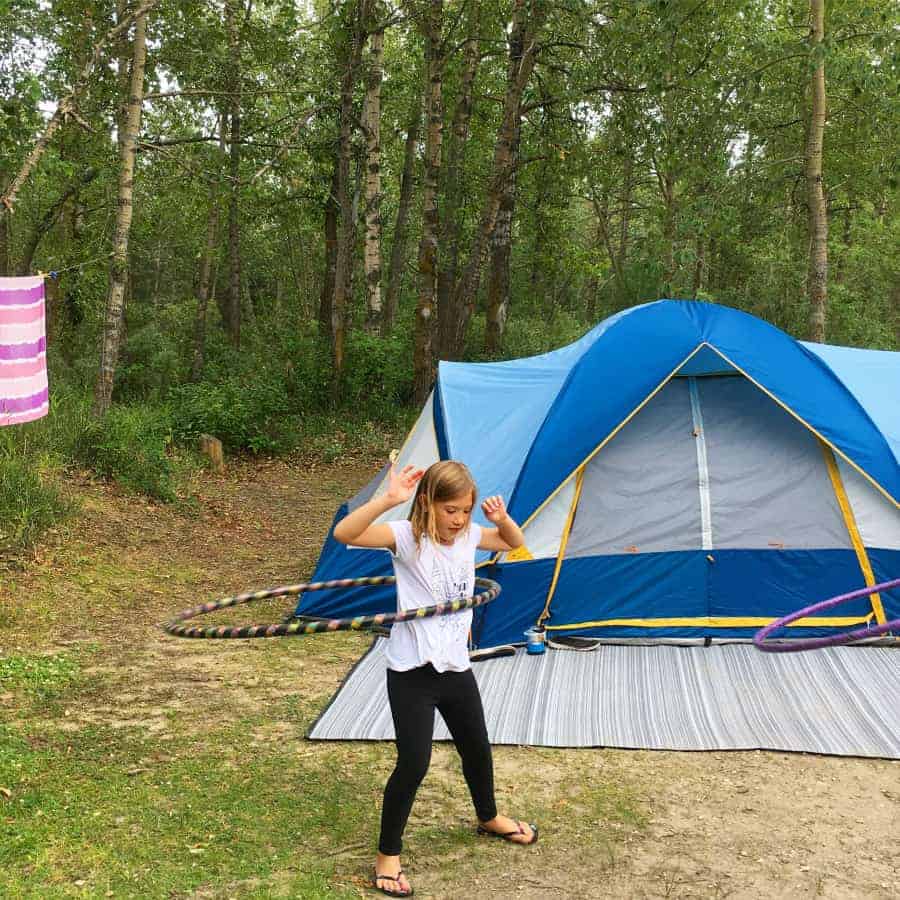 We rediscovered the joy of nature, and survived!

We gloriously survived old-school camping with hearts full, memories made, and hopes of going camping again before the summer break is over. I’d say our trip was a complete success, and it all started with reminiscing of time spent outdoors when life seemed much simpler, and deciding that the now needed those moments spent as well. Reality is, experiences like these are as simple as you make it – the outdoors are there, you just have to decide it’s time and worth it. 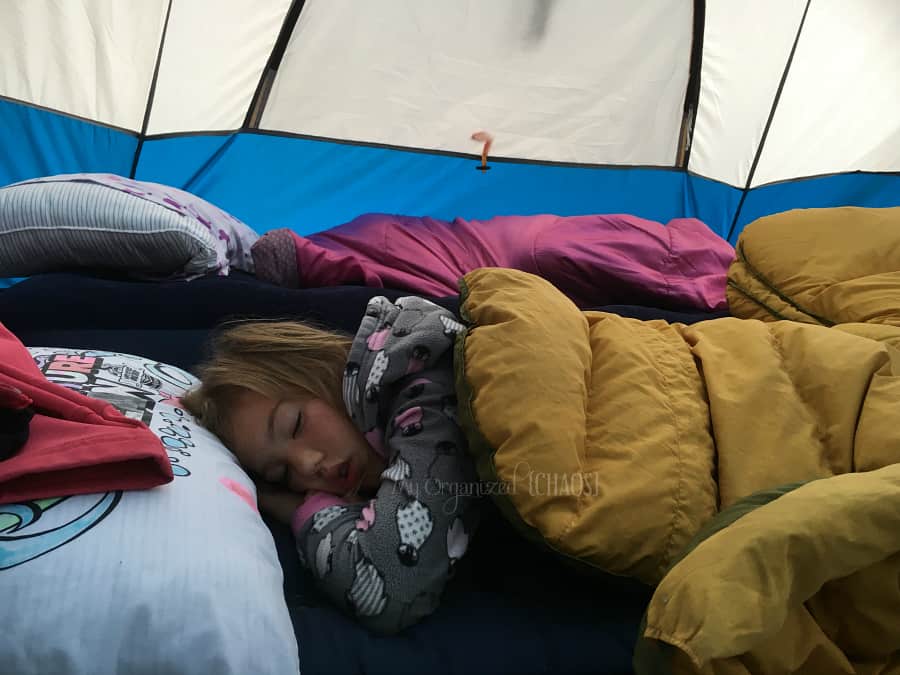 Recent studies have shown that children and teens spend three times more screen-time than outdoor-time. Nature Valley is setting out to address our nature-deficit, because it’s due time. While we enjoyed our camping trip, you don’t need to pack up the car and drive somewhere far to get out in nature – it’s right outside your door. Check out their 100 Days of Summer checklist for great ideas on how to rediscover that joy of nature.

Disclosure: This is a sponsored post, yet as always all opinions are my own.