This serie premiered on Teletoon in March 2015, and features a brand new chapter in the history of the Transformers franchise. Featuring Bumblebee as the leader of a team of young Autobots, the series features the new team of Transformers saving the Earth from the menace of Steeljaw and an all new group of wild and dangerous Decepticons!

The innovative figures put the action in your hand with 1-Step Changers and 3-Step Changers. You can also download the new TRANSFORMERS: ROBOTS IN DISGUISE mobile game and scan each figure into the app. Each figure is imprinted with a scannable shield that when scanned into the app unlocks that character for battle action!

The 2015 TRANSFORMERS: ROBOTS IN DISGUISE line from Hasbro features action figures of many sizes, play masks for role play and then some bigger and more impressive toys that are sure to make someone squeal with delight this Christmas.

In particular, the Transformers Robots in Disguise Super Bumblebee! 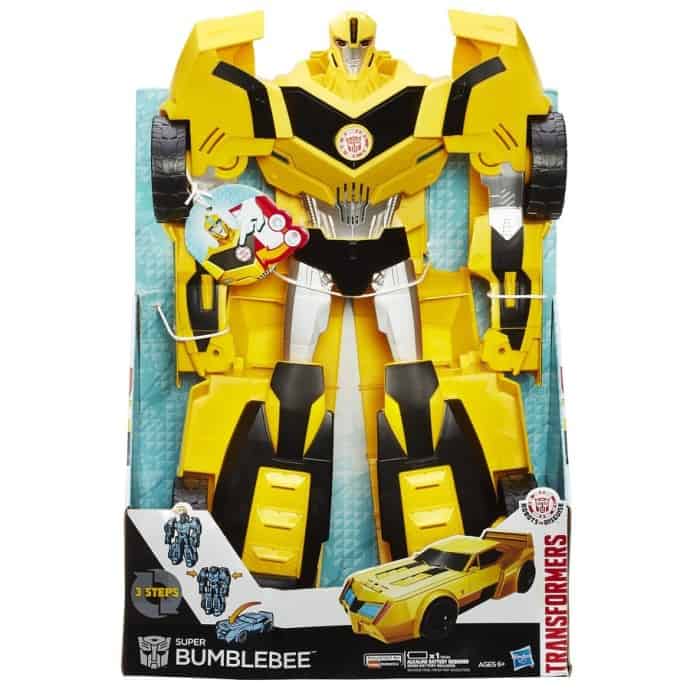 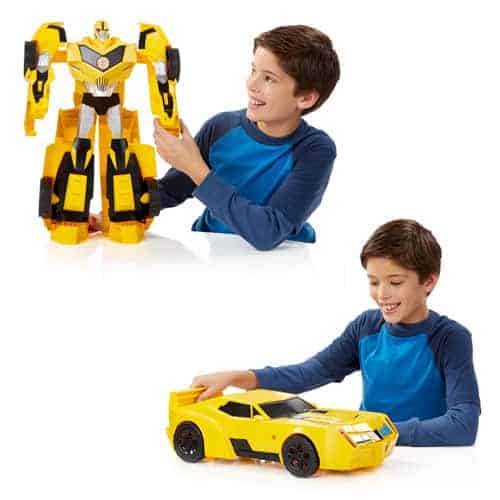 At over 19 inches tall, SUPER BUMBLEBEE can stand up to any DECEPTICON threat. The light-up figure recognizes whether it’s in vehicle or robot mode and plays unique sounds in each. The figure changes from robot to vehicle in less than 3 steps and it plays the classic TRANSFORMERS conversion sound effect when going from one mode to another.

Take the action to your mobile device. Download the TRANSFORMERS: ROBOTS IN DISGUISE app to your digital device, then scan the shield to unlock a character or weapons or more!

Disclosure: Giveaway thanks to hosted brand, all opinions are my own.