As a Mother of three, I’m often on autopilot and running through countless tasks each day. My to-do list might be shockingly long, yet my trick to getting it all done is multitasking.

For example, when ‘cooking dinner’, I don’t just cook dinner. When there’s a lag in dinner preparation, like waiting for the oven to preheat or water to boil, I do other nearby tasks like emptying the dishwasher. In reality, ‘cooking dinner’ is actually doing dishes, washing counters, cleaning the sink, emptying the garbage, watering the kitchen plants, setting the table, organizing the spice rack, and cooking dinner. 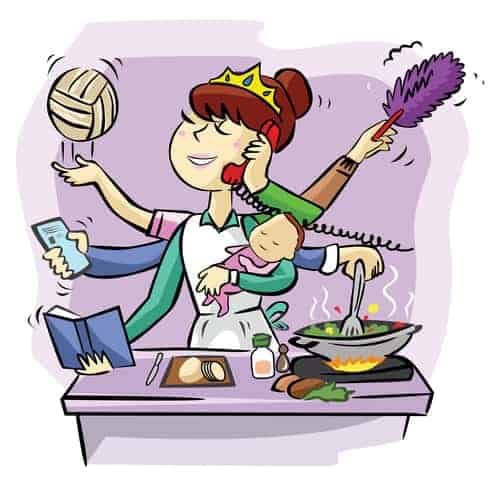 Before I leave any room to enter the next, my eyes sweep the room and see if there’s anything that also needs to be put back in another room. I’m going there anyway, so other items might as well come with. If going downstairs to put in a load of laundry, my arms are also loaded with stuff that needs to be brought back downstairs. I then leave the laundry room with different items, like meat to defrost from the deep freeze, a loaf of bread, or a box of cereal from the surplus rack.

I am that multitasking Mom that is making sandwiches while reciting spelling words, while signing permission forms, and while policing the dog trying to jump up to get said sandwiches.

I am, if not anything, a queen at multitasking. In fact, I had even two babies at once to spare myself an addition 9 months later. Heehee.

Multitasing is an impressive art that is often done subsconsciously, but a fundamental key in controlling the chaos. It’s all about thinking ahead to future to-do’s when doing a current one, and saving steps along the way.

It only goes without saying, that if there’s a product that’s intention is to help people multitask – I want to learn more. 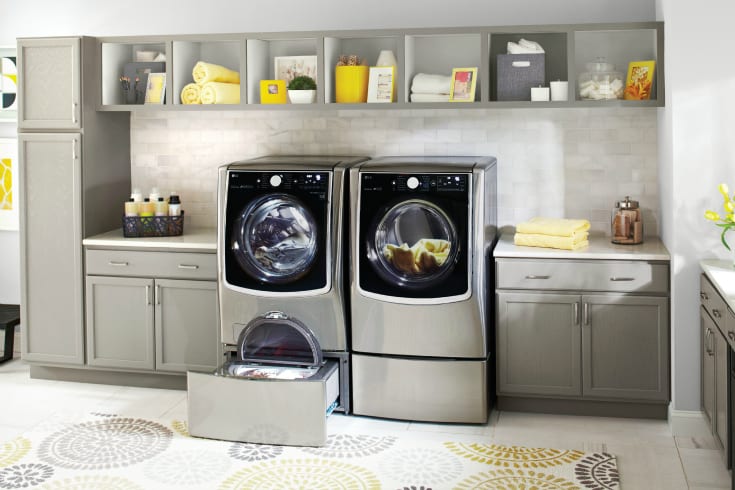 For the first time ever, Canadians can cut back on time spent doing laundry so they have more time for things that matter.

The innovative TWIN Wash™ laundry system allows you to do two separate loads of laundry at once. Do a big load in the front-loading washer up top while the smaller LG SideKick™ unit simultaneously washes a second load down below.

Let’s just let that sink in for a minute …

If I could wash two loads of laundry at once, my multitasking could be taken to a whole new level. After all, when washing bedding, I can really only get one complete bedding set done per day because it’s 3-4 loads of laundry. Which doesn’t seem like a lot until you factor in regular daily laundry, some days I feel like I live in front of the washing machine!

If the average person does two loads of laundry per day {not sure they do, just throwing this number out there}, then with the LG TWIN Wash – you are really cutting your laundry do-to list in half! 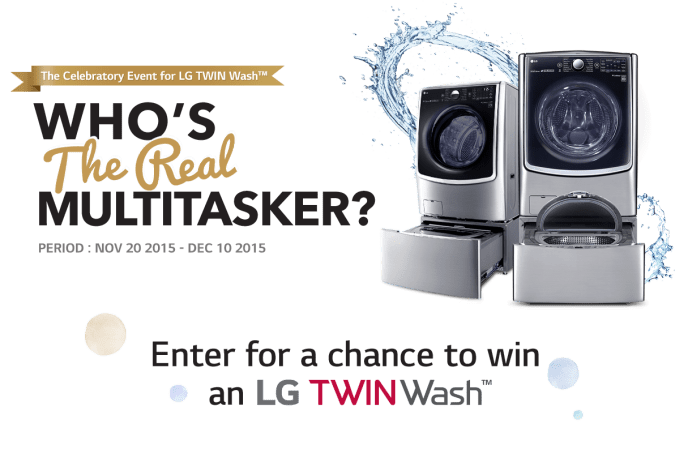 Free event for those in the GTA:

Disclosure: This is a compensated post, yet as always – all opinions are my own.