The residents of Red Deer were teased with hints all around the city these past few weeks. There was much buzz and speculation over what the many #SeeYourselfHere stamps adorning city sidewalks were all about. 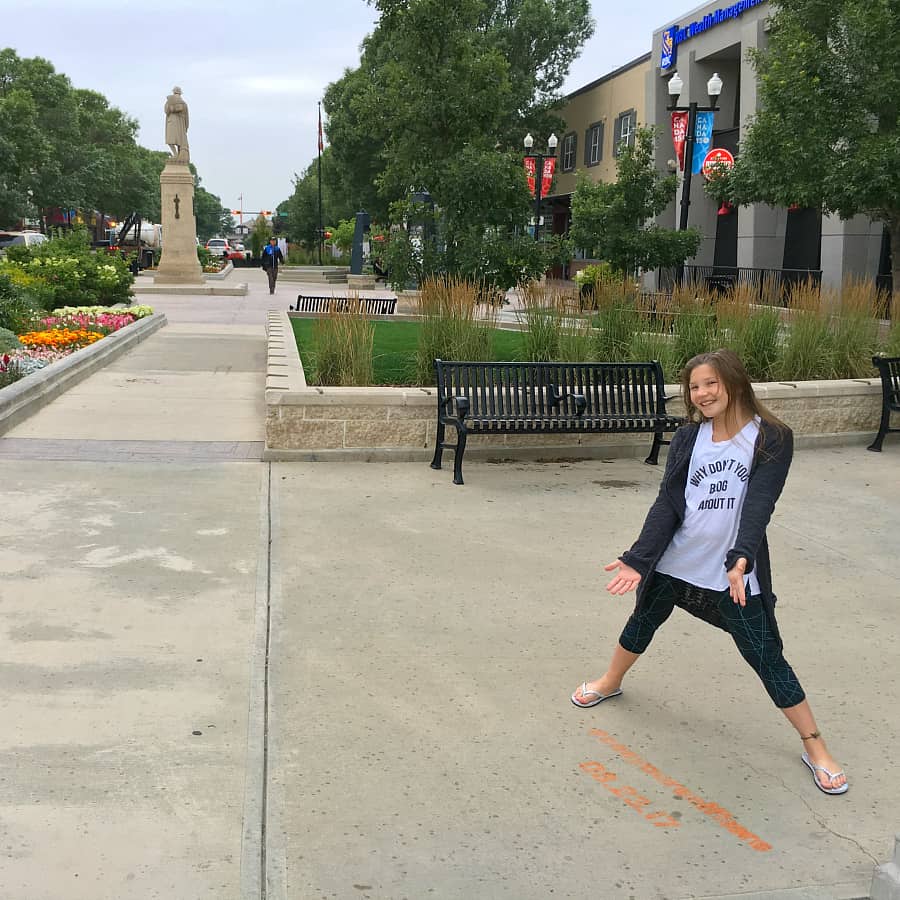 The news was finally revealed with an official press event followed by a free festival on the promised 8.23.2017. It certainly was a huge announcement and celebration which appropriately complimented the big news about not just an area redevelopment, but a new city district.

The City of Red Deer Announces Capstone at Riverlands, a decision which was council-approved just months ago after 20 years of planning – turning the page from vision to implementation.

Ever since the city yards were moved from the downtown Riverlands area many years ago, residents always wondered what was to become of the vast and lonely space that was in the heart of Red Deer, right in between the downtown core and the river/Bower Ponds area.

In actuality, the redevelopment has been happening for months now, prep-work for the construction of Capstone at Riverlands which will start this fall through the next 20 years. 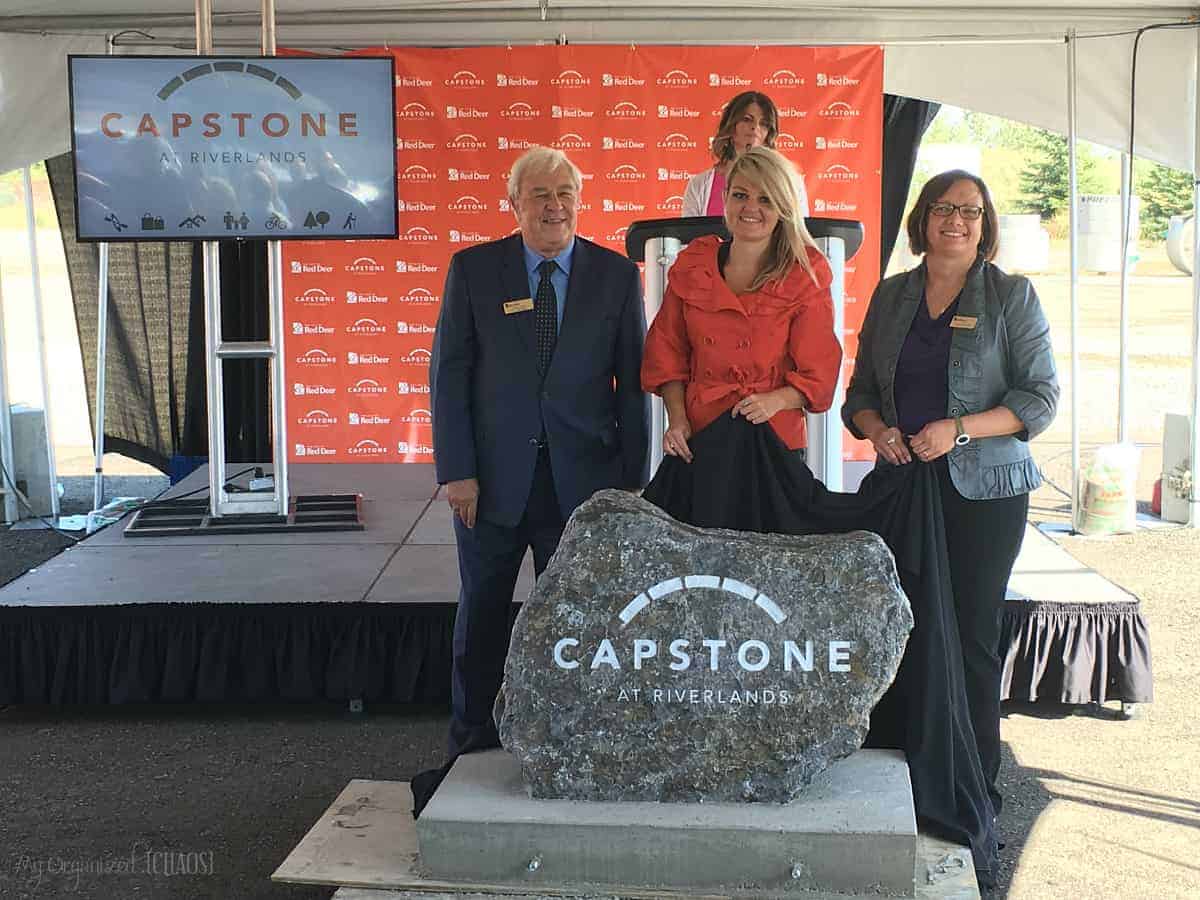 “Capstone will create a unique experience in Red Deer,” said the Mayor of Red Deer, Tara Veer. “The name means crowning achievement and culmination, which speaks to the essence of the neighbourhood. By giving Riverlands a distinguished new persona, we are officially welcoming a new era of this district, allowing us to turn the page from planning to implementation of a vision twenty years in the making.” 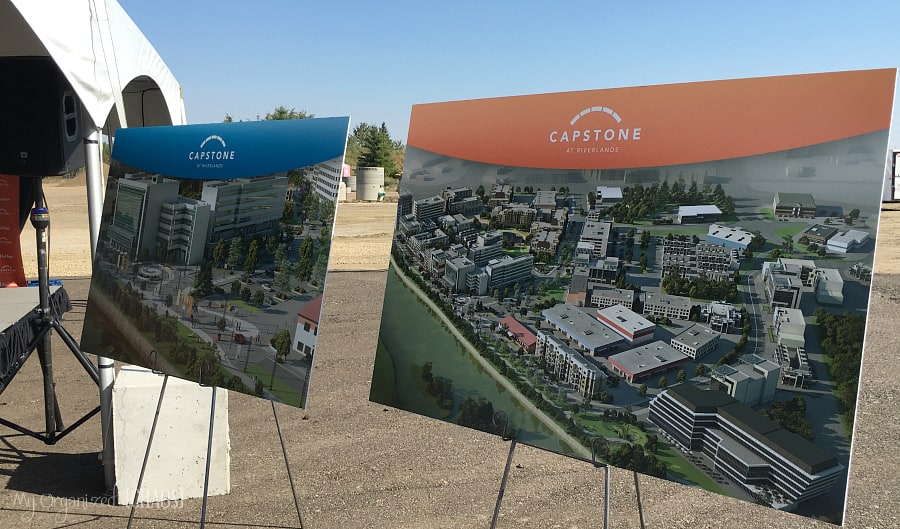 Not just an area that need to be filled, the design of Capstone at Riverlands will bring the future of urban living in Red Deer, for both residents and visitors. While the redevelopment of Capstone will last years, it will include a condos and townhomes, hotels, office space, shopping, dining, a public market, riverfront gathering areas, cultural facilities, artist studios, and eventually a bridge linking the neighbourhood to Bower Ponds making it a key trail and cycling location in Red Deer.

This unique and urban district was designed to improve and revitalize Red Deer into a welcoming and modern destination. Basically, it’ll be a place you’ll want to see yourself in – as the initial hints suggested.

Here is a video detailing Capstone at Riverlands:

As a life-long resident of Red Deer, and always admiring similar urban districts in other cities – this is most welcome news for an area of the city that will most defiantly allow it to shine.

Just as this announcement is huge for the city of Red Deer, it was marked with a city festival of celebration.

Anyone and everyone could attend the on-site festival which impressed attendees with information, entertainment for all ages such as caricatures and magicians – and free food! Not samplings but food trucks. Free delicious food trucks {way to go, Red Deer!}. 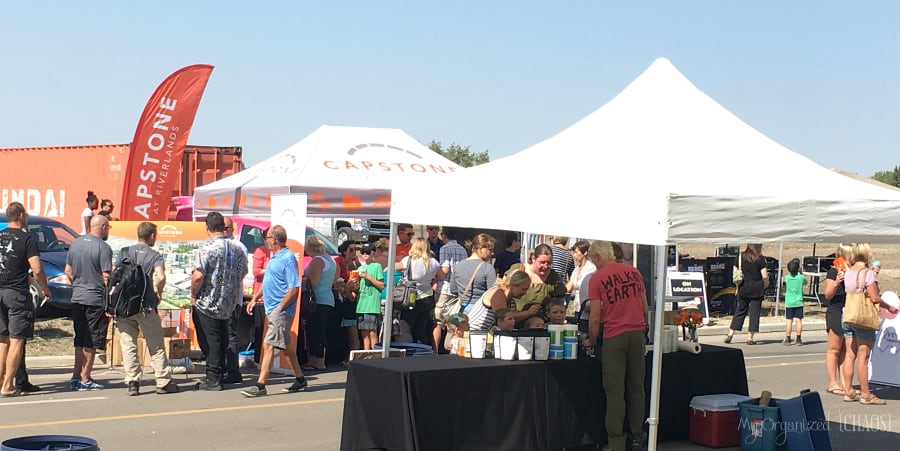 The kids and I had a great time at the festival to announce and kick-off Capstone at Riverlands. I thought my little one summarized it up perfectly with her statement as we were leaving for the day, “I thought this would be boring, Mom. BUT IT SO WASN’T!“.

Indeed. We came, we learned, we celebrated! It was the place to be on 8.23.2017, and I know we’ll see ourselves here for many years to come. 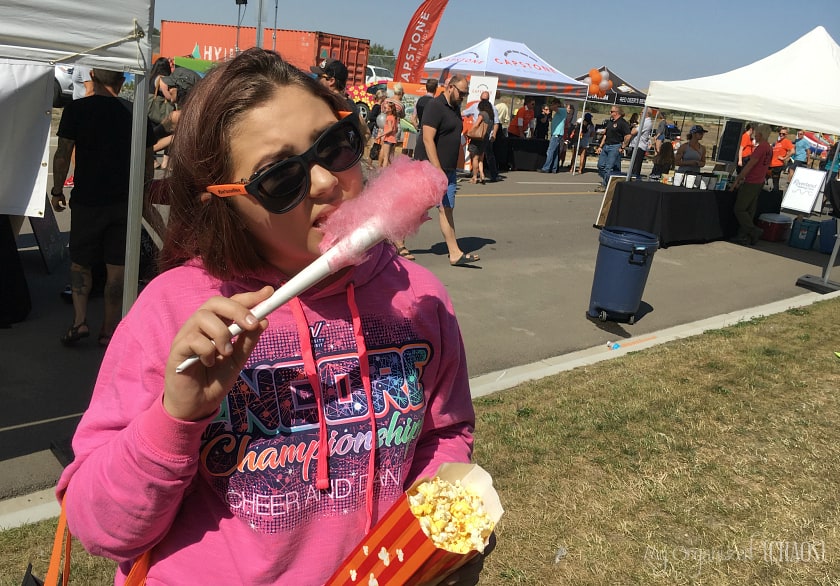 This is a sponsored post. As always, all opinions are my own