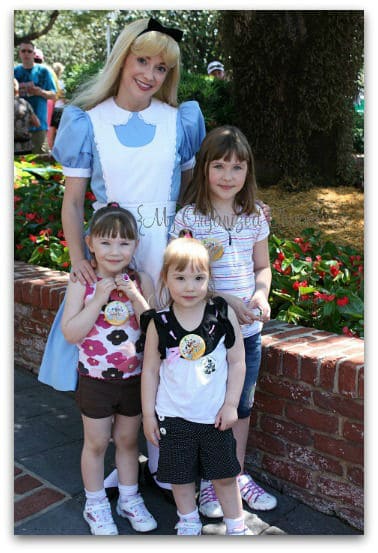 You know that awkward, uncomfortable and downright terrible break-in period for new shoes? Me too.

When prepping for our family trip, one of my main concerns was Best Shoes for Walt Disney World. After all, I didn’t want us parents nor the kids, to have painful feet for the trip. And, it’s Walt Disney World – there’s a ton of walking! Our days would be full of fun, but they would be long and full days, the last thing I needed was 3 kids with blisters. There’s no whining allowed at Disney! ha!

So, I turned to the footwear brand that I knew could help us out = Skechers!

Thanks to their generosity, my family was equipped with new shoes, for our travels and adventure from Canada to Florida. 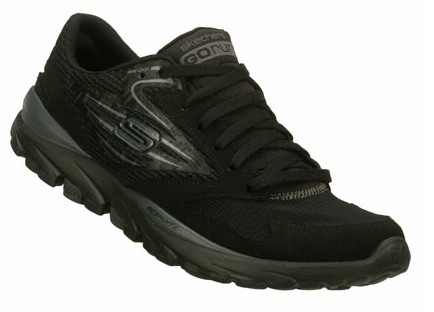 The first time my husband picked up his pair of GOrun running shoes, he couldn’t believe how light they were! Made to be light and airy, these don’t slow you down {Radically lightweight 6.9 oz per shoe based on a men’s size 9}.

During the trip, hubby loved the comfort and flexibility of the shoe, while on any terrain. Plus, the first time he wore them is our first day at Disney Parks.

No break-in required and upmost comfort right from the first step. In the hot Florida sun {some days 39 degrees}, his feet stayed cool. 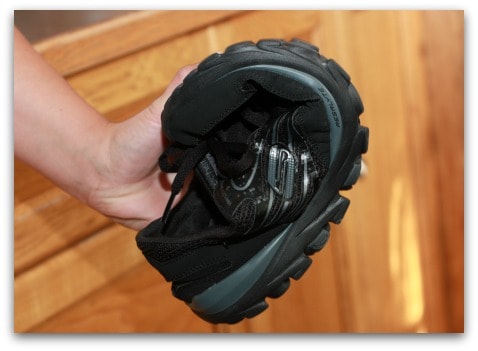 The GOrun’s have some pretty spectacular specs, especially for those runners. Usually runners are rather stiff, yet these are so flexible {I don’t think i could ever bend a runner right in half so easily} GOrun’s really move with the feet, while still providing that support and stability needed in a running shoe. 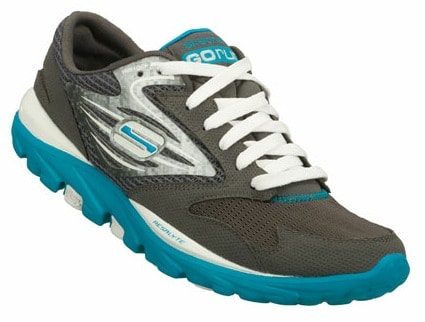 Unlike hubby who wore his GOrun’s for the first time while on our Florida trip, I had a chance to wear my pair before. Yet, the initial reaction to how light they were and the great flexibility and comfort – is much the same. So, ‘ditto’, the women’s GOrun’s impress just as much as the men’s mine.

Before the trip, I had to show my closest friends the GOrun’s and their reactions were the same {notice the consistency here?}, one even remarked when she tried on my pair, ‘it’s like a cloud!’. Wait, giving my friends test-drives of my Skechers? Yep, I just had to show them off!

The following photo is myself wearing the GOrun’s on the Wild Africa Trek at Walt Disney World. So, not just for walking around the park and running after my kids – they took me to new heights as I also walked a suspension bridge over a crocodile pit! 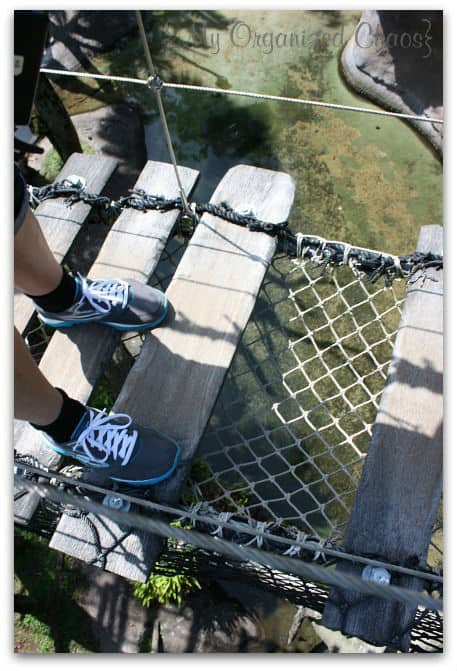 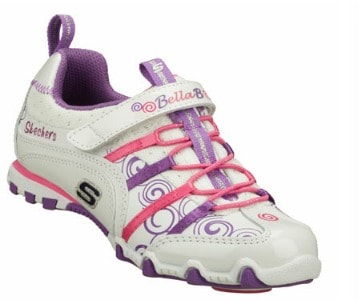 I let me oldest daughter choose her Skechers footwear for our trip to Walt Disney World, but her choice was simple. She just HAD to have the Girls’ Bella Ballerina: Prima – Princess shoes.

Top feature? It has a spinning disk on the sole, to allow for ease to twirl {yes!}. To say my daughter twirled her way through Disney Parks is an understatement. Yet, when you are dancing with Snow White, once must have proper footwear, right?

Ok, so they are adorable and they allow little princesses to twirl without the shoe grabbing to the pavement. What makes this a good choice for all that walking at Disney Parks? The Velcro strap makes putting them on and taking them off easy.

And, when you are getting 3 kids ready for a day at the park, it’s nice to just say, “get your Skechers on”. 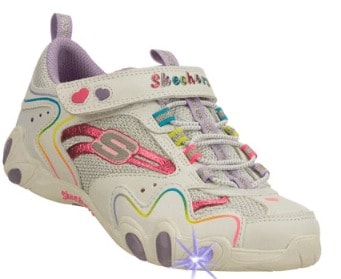 My twins chose the Skechers Lights: Fireflies shoes for the trip, mainly because they have the famous Twinkle Lights, just like the pair their oldest sister wears as indoor shoes at school. This to toddlers, is the greatest part about the Lights collection of Skechers shoes, everything is better when your feet sparkle when you walk, right? Hello! Pixie dust for your feet!

This mom gives Lights: Fireflies shoes the highest approval when it comes to comfort and stability. Since the twins are only 3, we did take a stroller along because it’s so recommended for younger kids {it is!}. Yet, they are still independent little people and wanted to walk – a lot. Sure at the end of the long days, the kids were tired to the point of falling asleep on the bus ride back to the hotel. Yet every time they wore their Skechers {see below for explanation on that}, their actual feet weren’t, just them. Hooray for the great cushioning and shock-absorbing features of this shoe! 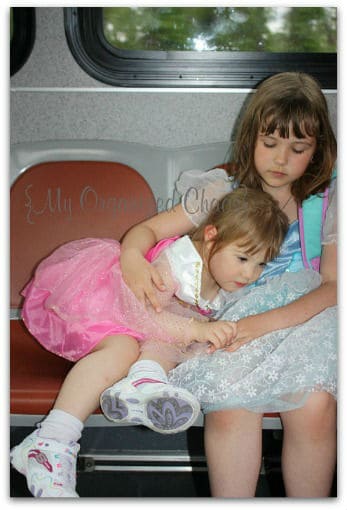 I must note that there were a couple of days that one of the kids slipped on another pair of shoes, before we left the hotel. Ya, ya, a couple times it was so chaortic that this Mom didn’t notice until we left the resort for another {#mybad}. So, guess what happened? Yep, blisters and many complaints before the day was done. Ouch! So, we did get to compare the comfort and reliability of walking the Disney mile {or 20} with Skechers vs other brands.

Our family findings? Skechers is definitely our #1 footwear pick for trekking around Walt Disney World!