Disclosure: This post was sponsored by the makers of REACTINE®. Thoughts and opinions are my own.

As summer comes to an end, many think that their allergies might be as well. This couldn’t be farther from the truth as this is the time when ragweed pollen affects many. How many? Well, up to half of all cases of pollen-related allergies are in fact due to ragweed. Since it’s found in various parts of North America, is the most tenacious wind-driven allergy, and can survive through mild winters – allergy season for ragweed allergy sufferers can span a long time.

A typical ragweed season can span from August right through October and one plant will produce one billion pollen grains per season with only the first frost killing ragweed until next season. 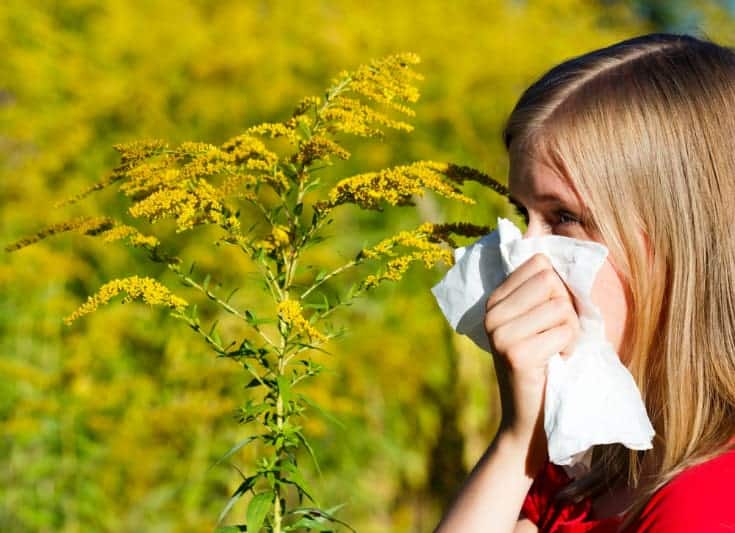 For those that live in areas where ragweed isn’t usually an issue, consider how far the winds carry. We’ve had a lot of forest fires in Western Canada this summer. We’ve spent the majority of the summer in a thick and murky haze thanks to fires in the Northwest Territories, Alberta, British Columbia and even Alaska..

There have been many air quality advisories warning high health risk conditions, some have even evacuated from their homes. Considering the air-filled smoke was blowing down into the United States as far as the Midwest, we know the wind is a tremendous carrier and a force that is capable of much. Last year was the first year that my Aunt suffered from ragweed allergy. She was told that it was most likely the wind that brought it to her from afar, since she resides in an area that has very minimal ragweed.

Symptoms of ragweed allergies are similar to other hay fever allergy symptoms and may include yet aren’t limited to:

Since ragweed avoidance is nearly impossible, the main line of defence is to rely on allergy medications such as REACTINE®. It’s suggested to watch the Pollen Forecast Indicator and start taking allergy medication when ragweed is flagged for your area. This way you can gauge when relief is needed, and be ready when the symptoms start. As well, you can also follow @ReactineCA on Twitter to get local, daily pollen forecasts. 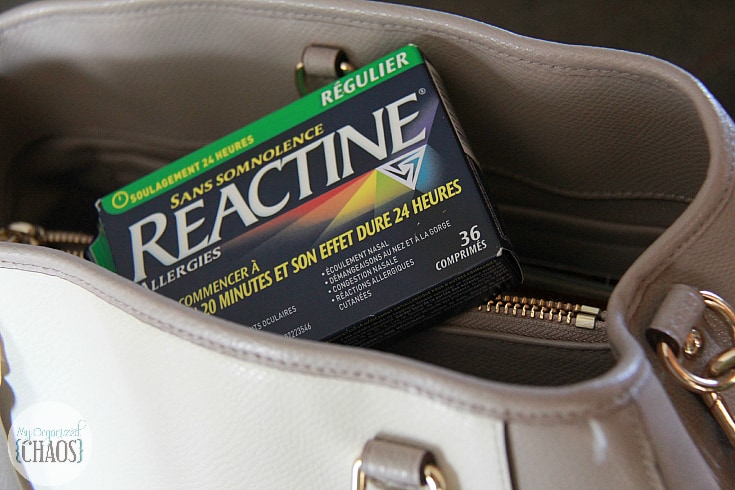 By taking just one REACTINE® {or REACTINE® Junior FAST MELT® tabletfor the kids}, you can have up to 24 hours of non-drowsy relief from allergy symptoms.

While my three children didn’t have seasonal allergy symptoms in past years, this summer two of them had allergy symptoms quite a bit while camping and during our summer travels. I’m thankful that I had some REACTINE® Junior FAST MELT® tablets on hand. I started buying allergy medication for kids when my daughter reacted from an insect bite a couple years ago. She swelled quite a bit and was very irritable and uncomfortable.

REACTINE® Junior FAST MELT helped her and fast I might add. I’ve always kept her previous reaction in mind and am now always prepared just in case, for them and for myself.

Allergy symptoms can strike at anytime, and to anyone. There are many triggers and they can strike throughout the year, carried to you from afar thanks to wind. Be prepared with relief!

What allergens usually affect you this time of year?