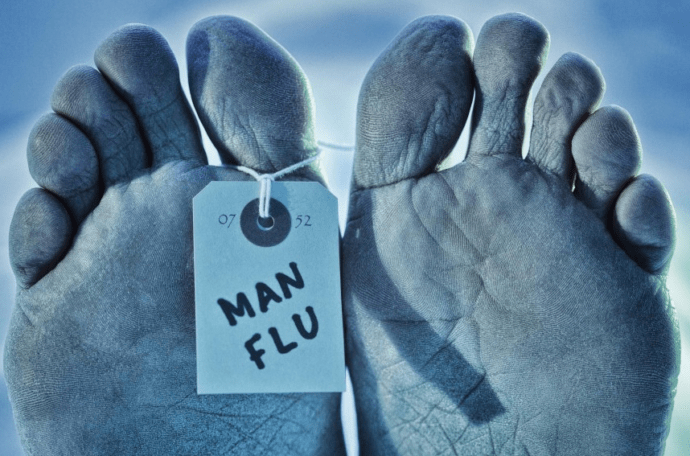 There are jokes aplenty but I think we’ve all seen real-life experience of the dreaded “man flu” as well. I’m sure we’ve all heard the stories, chuckled at the puns and even had our own experiences whereas women with the flu push on and get ‘er done – while men? “Call my Mom” and “the end is coming”, are some extremes heard when it comes to the topic.

I even recall my Mom mentioning the ‘man flu’ when I was just a young kid, during a time when they actually both had the flu. My Father was in bed, stating inability to even sit up; and my Mother was still running around getting everything done. 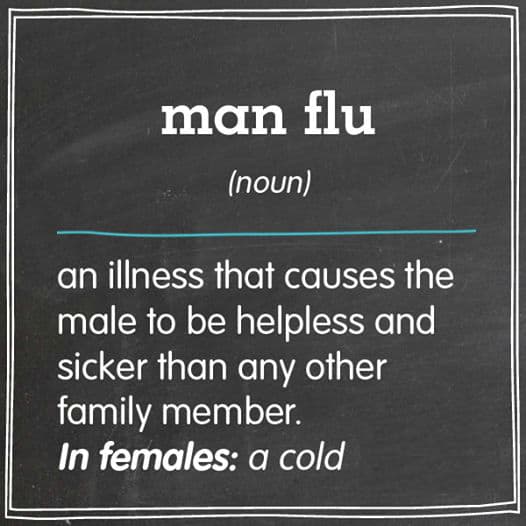 So, are men just whiners, or does the flu actually hit them worse?

Up until recently the “man flu” was widely seen as a myth, but researchers have found new evidence that might explain why the men/boys in our lives always seem to have a harder time when flu season rolls around. 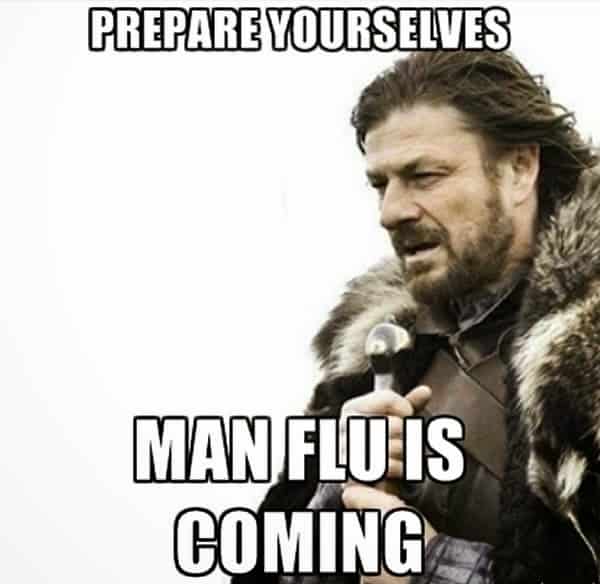 Apparently the male mantra of “living fast and dying young” means they fail to build up their immune system like women. Men tend to be more vulnerable to getting infected or less able to clear infection.

In fact, across a range of animal species, males tend to be the “weaker sex” in relation to immune defences, usually because of hormonal differences. This has been supported by more recent studies, which suggest estrogen has anti-viral qualities that provide women with greater protection against influenza meaning estrogen might be a key in fighting infection faster.

It might have something to do with estrogen’s ability to reduce the cell’s metabolic rate, which could slow down the ability of the virus to replicate itself. So while it’ll always be a common joke and a source of many laughs – there actually might be something more to the “man flu”.

Regardless of whether you buy the “man flu” as a legitimate excuse, the safest thing to do is get your flu shot. In the battle of the sexes vaccinations don’t pick sides.

Shoppers Drug Mart pharmacies across the country are making it easy for all by offering flu immunizations administered by an injection-certified pharmacist. In fact, you can just walk in and get your flu vaccine at any hour which is convenient for you. 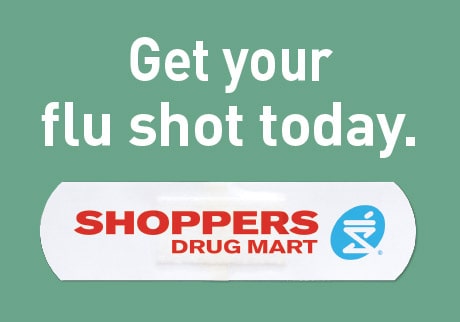 What are your thoughts on the man flu?

Disclosure: I am compensated for my part in the #SDMFluFighters program, all opinions are my own.