One morning while in Jamaica, I witnessed one event. One love with the Sandals Foundation.

And it forever changed me.

Armed with wrapped presents that filled a suitcase when coming to Jamaica, my daughter and I arrived at Mount Airy School in the Mocho Mountains of Clarendon Parish.

On this morning we, along with the Sandals Foundation, were throwing a Christmas party for the children of the school.

We were immediately greeted by so many warm smiles, and some nervous but anxious faces. More than 300 kids piled out of the two buildings that make up their school, and lined up according to class. 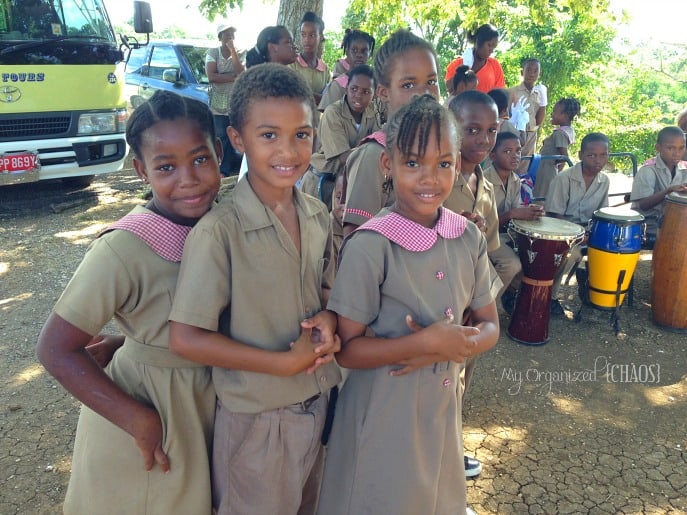 First, we were welcomed by some wonderful entertainment of song and dance then handed out juice and cake for all the children. Of course, there was ice cream as well. 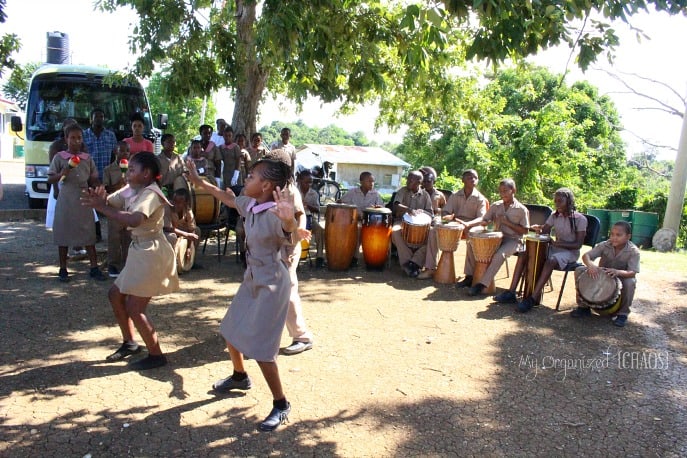 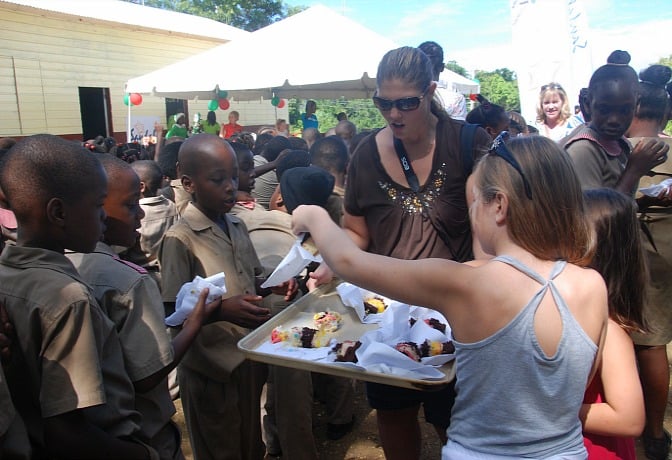 Then, it was the moment all the kids had been waiting for – presents! Santa arrived and each child sat on his knee and got a gift, some wrapped from the #BeachesMoms yet most {hundreds}, were donated by HASBRO. 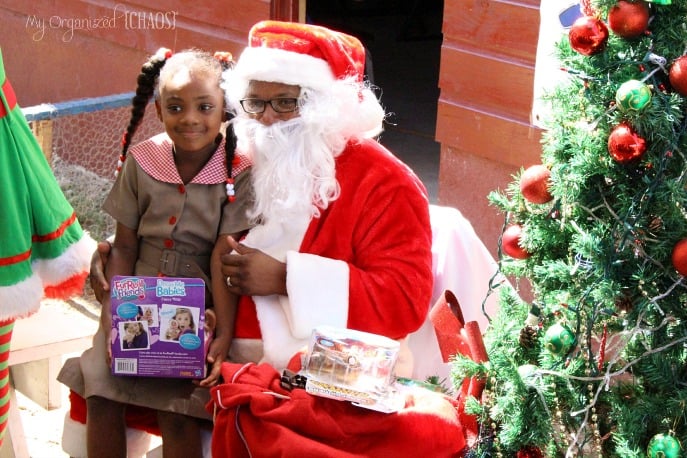 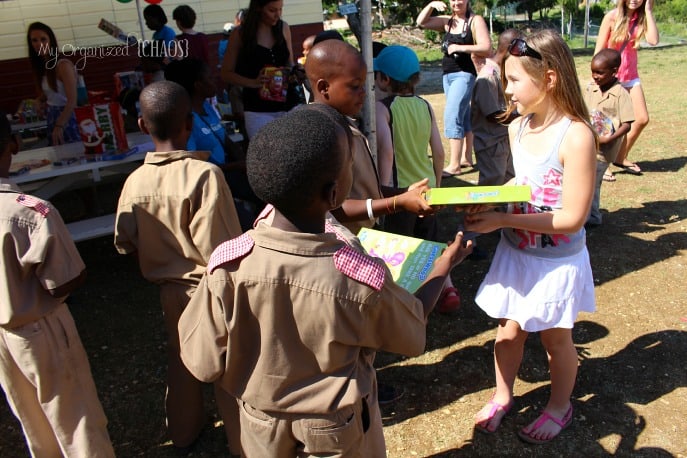 You can guess by this time that I tried to fight back many tears. I was thankful for the hot sunny day and the sunglasses I brought with me, possibly it masked the constant stream of water filling my eyes. 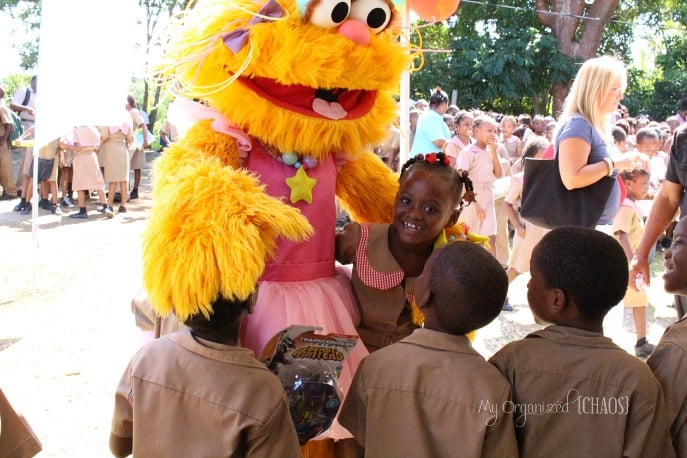 The entire morning, the whole experience filled my heart like no other event could ever do. We’ve donated toys, clothing and money countless times before, yet never have I been on the receiving end where you actually SEE the difference it makes. Until now.

It’s a feeling that is almost indescribable, so significant.

Just as we were leaving, a hand tugged on the hem of my shirt. I looked down to see a little girl, probably just a little older than my twins. In her arms was one of the presents that I had brought with me, tagged ‘girl’.

After telling me that her name was Serena, she hugged her gift and said, “I love my Tinker Bell fairy. Thank you“.

Between sniffles and shaking I told Serena ‘You are so welcome‘, and hugged her as tightly as I could. 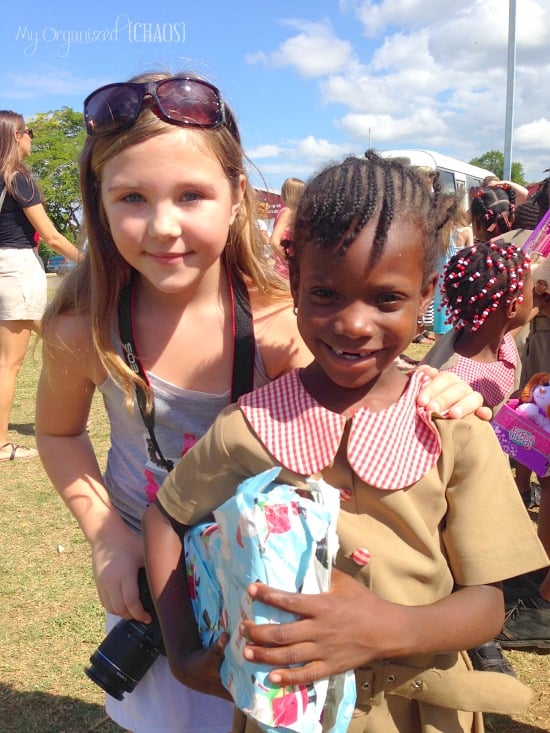 After taking her photo, I looked over at my daughter and she was crying as well {though a little less obviously than her sappy mother}.

As Serena hopped away to join her friends, I put my arm around my daughter, to hug but also for support. “This is the best day ever, Mom“. I choked back more tears, seeing the awe and gratitude on her face, and just smiled.

This one Morning with the Sandals Foundation, we were part of one love. One act that made a difference to so many, including us.

Officially founded in 2009, the Sandals Foundation works to fulfill the promise of the Caribbean community through investment in sustainable projects in Education, Environment and Community which improve people’s lives and preserve natural surroundings.

I urge you to read about the Sandals Foundation, the story and difference made through their initiatives – it’s truly remarkable.