One of the top toys that my girls played with over the summer months, were their Nerf products. Crossbows, blasters, and guns – it’s a classic toy that we all played with, yet somehow gets re-invented in spectacular ways. I love Nerf for use both outdoors and in, as the darts {etc} are soft.

If you know someone on your list who would love Nerf this year {I’m sure you do}, here are two new choices for purchase. The first is from the Nerf Mega line, and the other is a Nerf Rebelle product. Rather than look at it with ‘it for girl/boy’ eyes, instead read the features and decide which would be embraced more depending on the recipients personality!

The Nerf Mega line of blasters are designed to offer fans ultimate blaster power. In 2015, the NERF brand introduced the BIGSHOCK blaster, CYCLONESHOCK blaster, and the ROTOFURY blaster into the MEGA line, boasting innovation and MEGA quality power and performance.

Supersize your NERF battles and dominate the field with the highest capacity MEGA blaster ever! The MEGA RotoFury blaster gives you the option of firing one MEGA Whistler Dart at a time, or slam firing a steady stream of ten darts in a row. Hear the darts whistle as they fly through the air and hit targets up to 90 feet away. Includes 10 MEGA Whistler Darts. Available at most major retailers nationwide. 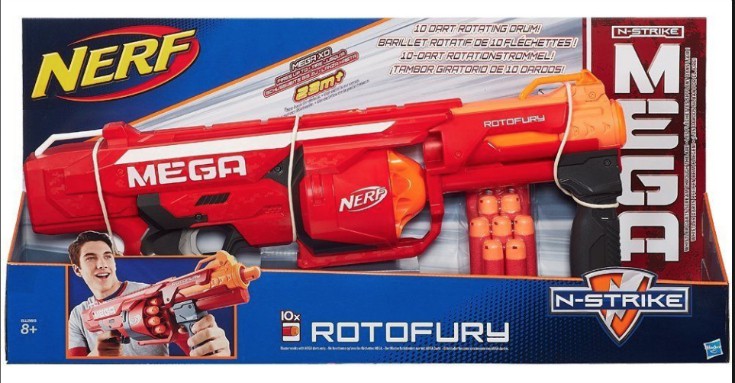 Inspired by current pop culture trends and based on insight from girls, the Nerf Rebelle brand is designed to empower players with confidence, high performance action, and a stylish edge, all while inspiring girls to think and play differently, banding together, because we are Nerf Rebelle.

In 2015 the Nerf Rebelle brand added more bows and blasters to the line including the Strongheart Bow and the Secret Shot Blaster which is so inconspicuous, one might think it’s a purse! Thee’s also the huge Arrow Revolution Bow with an auto-feed feature allowing the loading of arrows after each shot through a rotating quiver.

Take aim to uncover secrets and make a mark as a super spy with the Nerf Rebelle Courage Crossbow! Surprise opponents with this compact single-shot crossbow that delivers realistic pull-back action and launches whistling arrows through the air. The Courage Crossbow includes two arrows. Available at most major toy retailers nationwide. 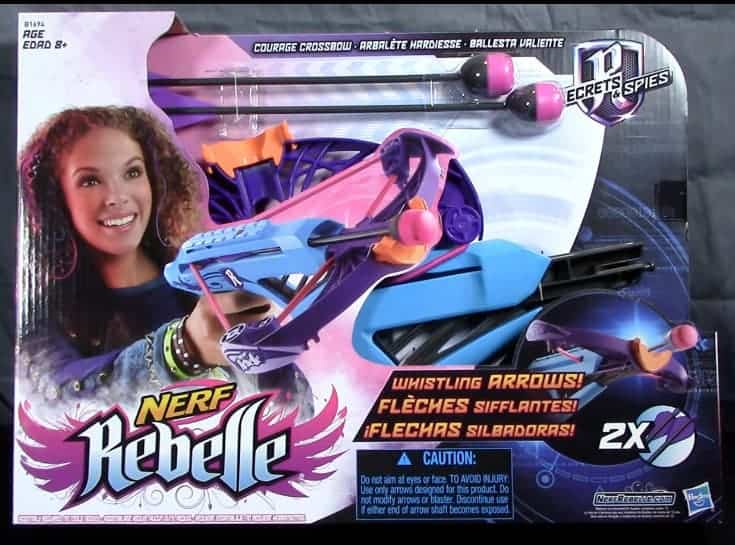 Disclosure: I received product to facilitate this post, all opinions are my own.