It’s big and it’s coming for you!

Nerf guns have been favourites for many years, yet this classic toy of fun seems to get bigger and better through those years. Nerf Doomlands The Judge is the prime example for 2017, and one that is at the top of many wish-lists this year. 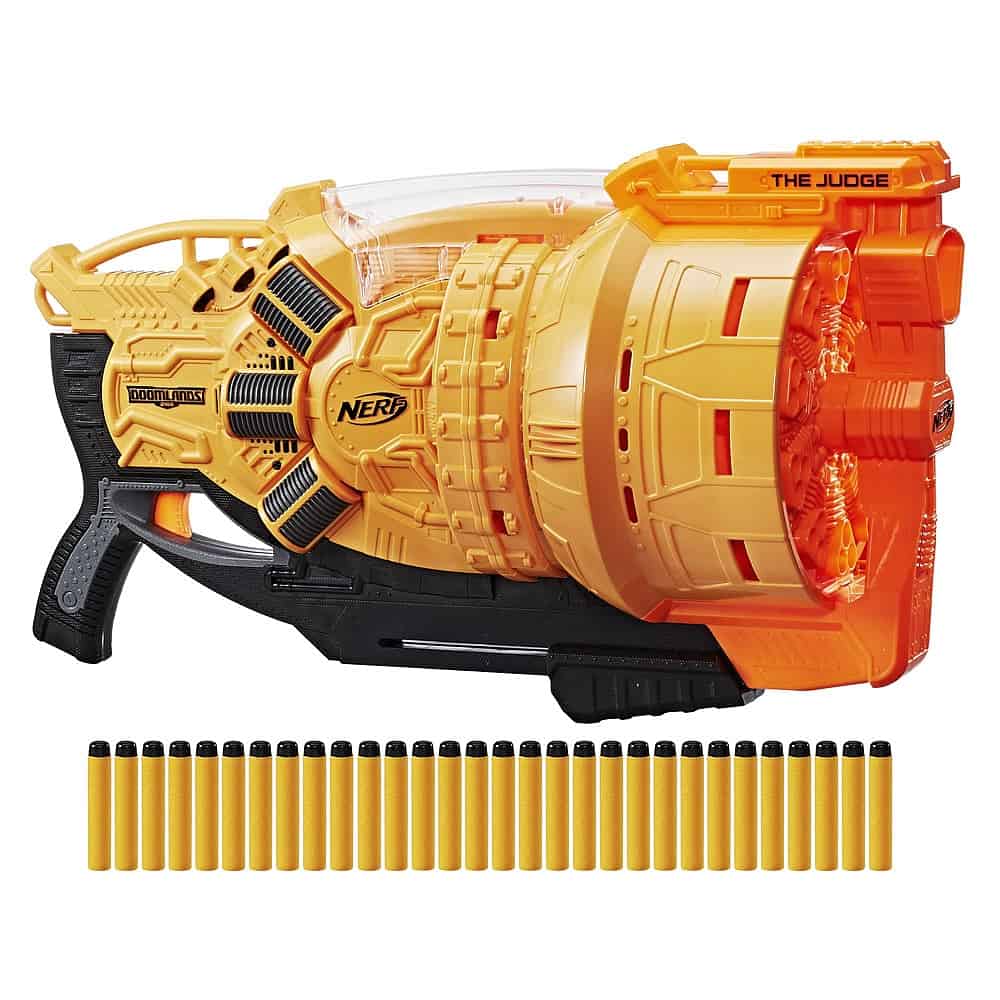 This super-sized blaster has a huge, has a 30-dart revolving drum that fires 3 darts at a time. Opponents will know whos in charge of the field when battlers take aim with The Judge blaster and deliver a triple-blast of darts from this imposing blaster. Take aim at a target, and move the slide backward and forward to prime the blaster, then pull the trigger to unleash 3 darts and make a stand for justice!

I also like this toy because … no batteries! Kids have to pump the gun to do a little work, which in a toy battery popular world – this is most welcome. On sale right now at Walmart for $69.97 {from $99.97}, this is a great deal for the ultimate Nerf gun, for any Nerf fan.

I received product to facilitate this post. As always, all opinions are my own