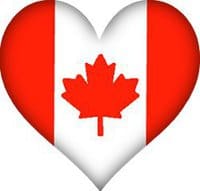 Today is Canada Day {Happy Birthday my beloved country}. On a day that is my favorite, 2nd only to Christmas – I try to take in the activities around my city. I adore the excitement and celebration that is Canada Day. Alas, the last couple of years have been pretty low key, since the Twins’ almighty arrival into this world. You see, some aspects of daily life are quite affected when you have multiples. ‘Some‘, you gasp. Yes, I said some. With Twins, you feed one and feed the other; change a diaper, change the other; wipe a nose and wipe another. It’s parenting only doubled, usual tasks just taking longer {well, even longer than that considering there’s also a 5 year old Isabelle as well}. Yet there are those days when having multiples leaves me utterly exhausted to the point of either collapsing into a coma or the intense desire to down a glass of wine or 5. And unbeknown to me, this Canada Day was one of those chaotic days…..

This morning started out like any other, the giggle and chatter of Twin-Talk filled the house at their awakening. After a run through the house and having a go at every toy they could find, the Twinadoes left their mark on every square inch they passed by. After cleaning up the house last night, within 15 minutes my house looked like a toy store caught in a windstorm. The twins gobbled up a full and healthy breakfast and went on their way, this time to leave evidence of their existence on the backyard. Outdoor play was unusually shortlived, within 10 minutes their moods turned sour and they fought literally every 2 minutes. Not Toddler bickering of not wanting to share and the occasional shove – but full fledged hair pulling and biting. By 9am, they had both been in tears numerous times, and both had frequent tantrums. It was then that I decided that it may just be a ‘stay at home’ kind of day, knowing that taking these moods into the public would be disastrous. By 10am my twin Sophia was laying on the couch watching TV alone, something she didn’t usually do. No matter what, she didn’t move an inch, even to play with her sisters. Oh great! This usually means illness. At lunch she hardly touched her food, opting just to lay quietly on the couch again. She insisted I snuggle with her for most of the afternoon, I was thankful that her twin was content to play with Isabelle in her room. Fearing that I would have a long night ahead of me, I tried to get the kids out the door and head to the nearest Tim Horton’s drive thru for some much needed caffeine, yet they would not hear of it. What? My twins who get excited over car rides like 2 golden retrievers, did not want to leave the house? Oh, my – this is serious! At supper, Sophia pushed her plate away again, and refused a cupcake that Isabelle had proudly decorated for her. She just picked it to pieces and tossed it away. Onto the floor, thank you very much Sophia!

I wiped Sophia off, took her out of the highchair and did the same with her twin sister, Katie. Just as I was about to sweep up the tiny bits of cake that covered my kitchen floor, I heard the deafening scream – a cry out which I immediately recognized as someone who had just puked! Yep, Sophia had just blown it all over my hallway. So, I quickly ran to her, carried the scared Toddler to the bathroom and removed her soaked clothes. Knowing that I had another inquisitive Toddler lurking nearby, I sat Sophia on the bathroom floor with a Tub Toy, and went to clean the carpet. Just as I finished, I threw in a quick load of laundry, knowing that I may have a few loads to do by the end of the night. I quickly bathed Sophia and got her dressed and tucked her in with comfy blankets on the couch. While I was at it, I may as well bath the other 2! I got Katie in the tub, her looking at me quite confused and concerned as she hasn’t bathed alone since she was a wee baby. Within minutes, I heard my oldest daughter yell, “Mom, Sophia puked again!!!”. Great, one Toddler crying and covered in puke while the other is in the bath. Fabulous! I scooped up Katie, thankful that I had at least enough time to wash her hair. I wrapped her in a towel and got her books to read in her room. I then ran to Sophia, wiped her down, undressed her and started another pile of dirty laundry. I got Sophia settled and looked over to see Katie smearing the cake pieces from the kitchen floor all the way into the living room. Cleaning a section of puke from the carpet is one thing, but my entire living room of off-white carpeting was completely spotted with cake. And, being insanely hot in this house, the cake melted into more of a pudding-like state. **deep breath**

It just goes to show that my daily life is ran completely by my children. I never know what each day will bring, or if what I plan to do in a day, will indeed ever happen. It’s always being torn in different directions and always trying to be at least one step ahead of the chaos.

And then I realized it…Katie refused her supper too…. 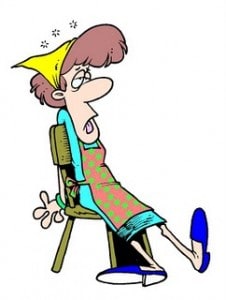