Before the weekend we celebrated the twins 5th birthday. Wow, five!

Their party was Minnie Mouse themed, and this year I decided to make cupcakes for the very first time ever. Well, not ‘ever’, but it was a first for not having a cake or two for my kids birthday. I’m usually a cake kind of gal like the Hello Kitty Birthday Cake from last year.

Some of the Minnie Mouse Cupcakes were chocolate, others a white cake and then even more which were swirled with the two. Complicated? Nah, I just made a white and chocolate cake batter and then decided on the swirl when I had leftovers. I mean, I SLAVED ALL DAY. #lie 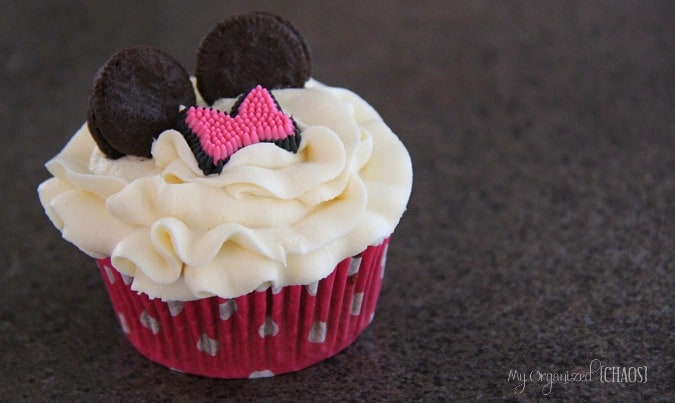 Since I detest sweet icing, I always make a pudding/dream whip icing, which I won’t get into for now … yet, would you like me to post the recipe sometime? 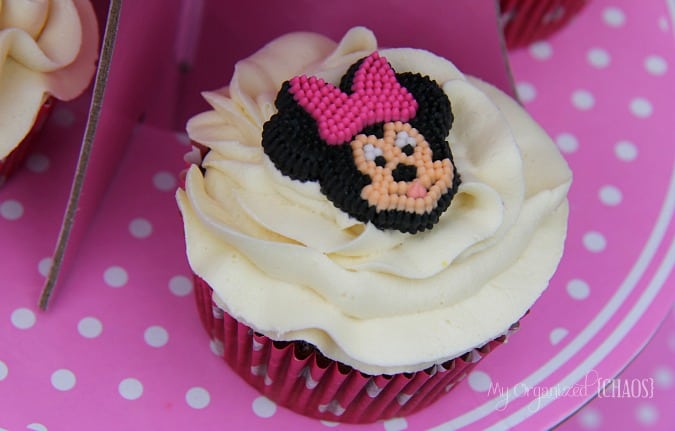 I would have thought the cupcakes with the little bows and mini Oreos for ears would be the bigger hit. I was wrong, all the kids wanted cupcakes with the Minnie Mouse Face. Go figure {who passes up Oreos?} but she IS a cutie so I understand.