I was recently going through some photos from our family last trip to Walt Disney World, from the #DisneyHaunt event this Fall. I landed on our visit with Merida and stayed to reminisce. The memories came flooding back like it was yesterday.

While my girls have many favourite Disney characters, Merida is the newest huge love for them. From the the first time they seen Brave, her spirit and personality captured them completely. Head.over.heels.

This is especially true for my little Sophia, as Merida is such a big deal for her, that she just had to be her for Halloween. She spent a lot of time at the parks as her actually, in costume for Mickey’s Not-So-Scary Halloween Party.

You see, Merida and my Miss Sophia are a lot alike. Both are very strong, willed, opinionated and independent. Sophia, like Merida, is so spunky, feisty and always challenging herself and others. Oh, and she also has the ability to turn her mother into a bear from time to time. So alas, meeting Merida was a pretty big deal to say the least. To my girls {especially Sophia}, and for myself. 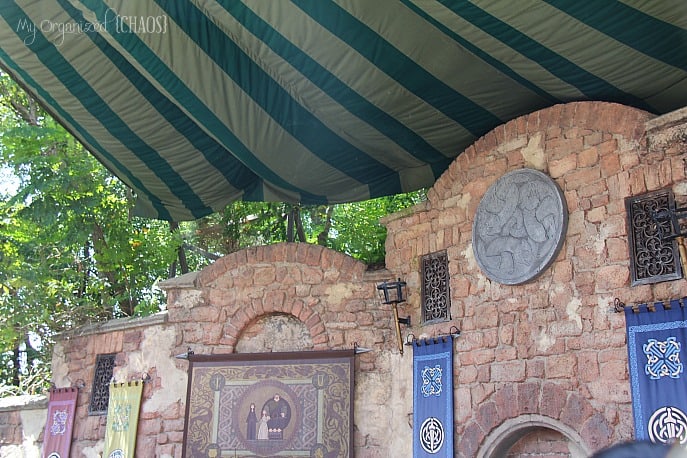 When you meet Merida at the Magic Kingdom at Walt Disney World, you actually walk right into the Scottish Highland setting. It’s not hard to immediately spot all the attention taken to details, to make the entire experience resemble walking into the movie Brave. 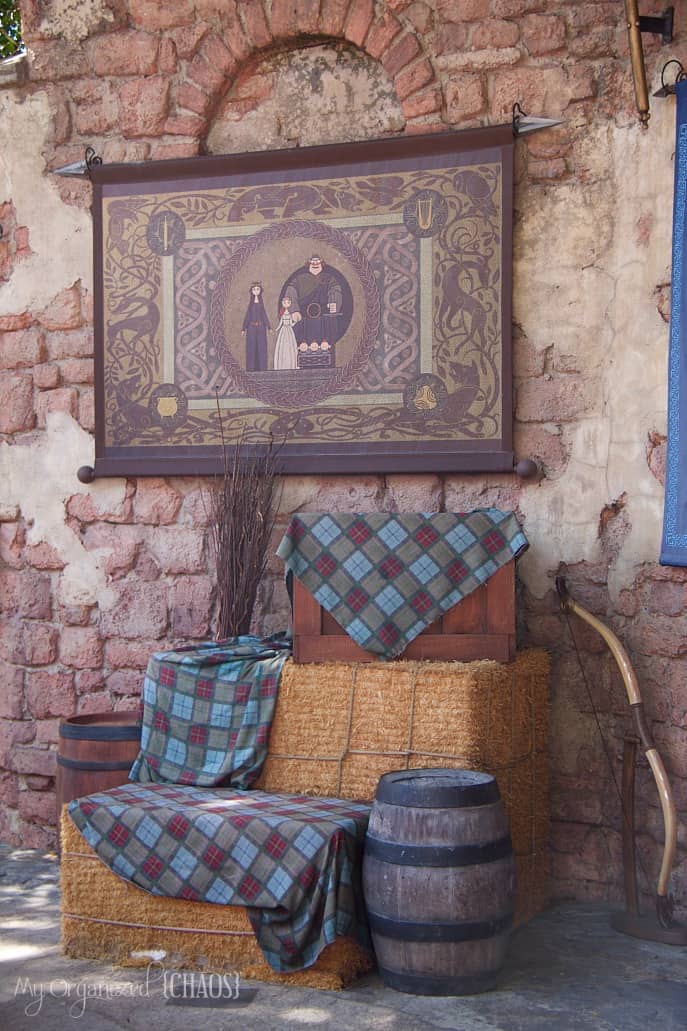 There’s bagpipe music playing and archery lessons taught by kilt-wearing cast members. As you walk in line for the meet and greet, you pass artwork, tapestries and other items which are much like you’d see in the film. 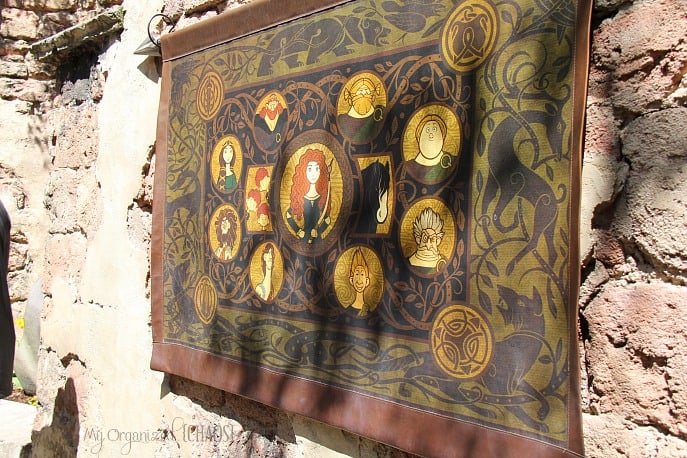 When your turn comes, Merida meets you with a huge smile and a Scottish accent. She’s beautiful! 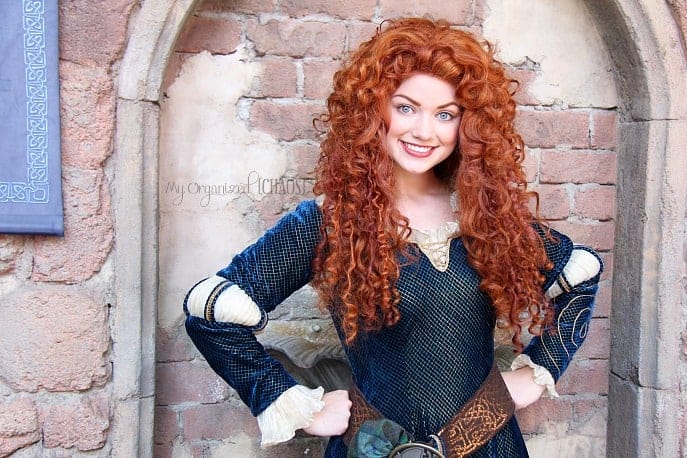 As you’d expect, she’s got thick and vibrant curly red hair and a flowing green dress. I’ll always remember how Sophia was at first timid, almost taken aback with the ‘WOW, it’s her!!’, but then ran to her with huge hugs. She held tight for a long time, eyes closed and in her own world of fantasy. The moment was perfection. 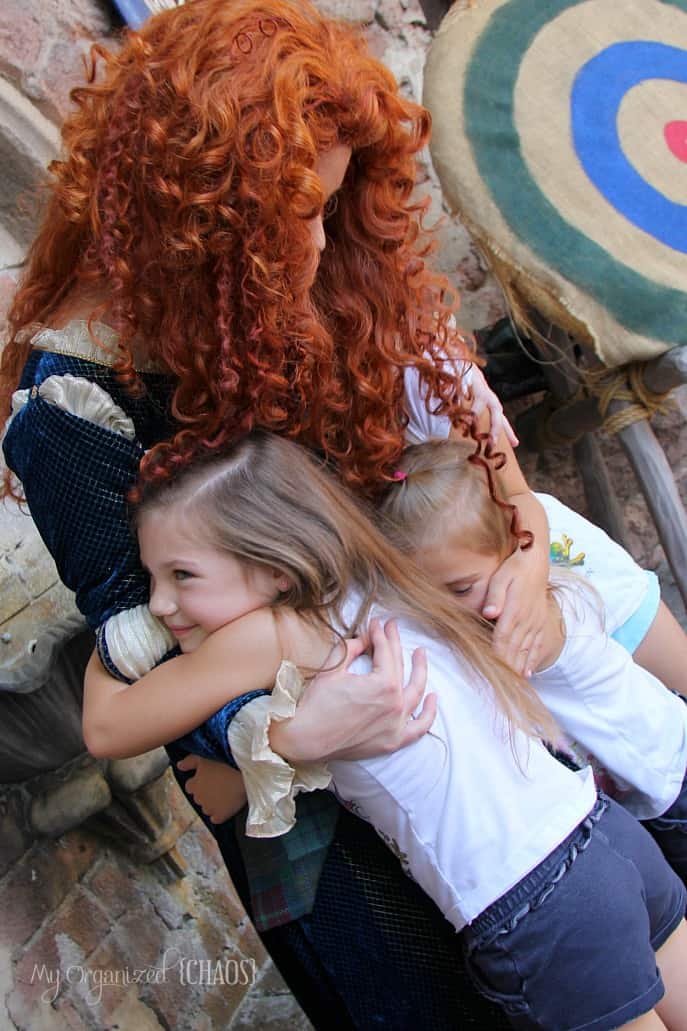 Merida takes time to speak to her guests, and even shows off her bow. After a visit a cast member {and parents} can take lots of photos with Merida. 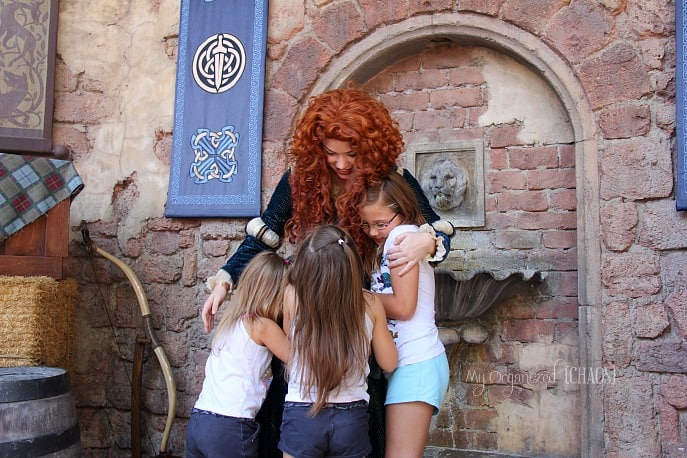 There’s a table set up for kids to colour Brave pages. My girls spent some time colouring and talking with other kids around them. Us adults appreciated sitting back int he shade, taking in the surroundings and not having to rush off immediately to what was next on our itineraries. 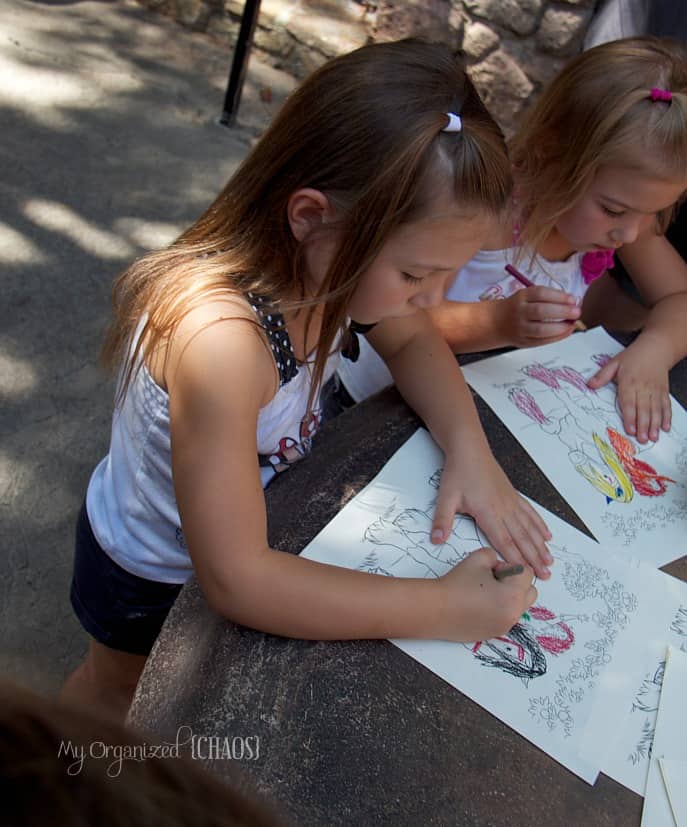 Meeting Merida was such a wonderful experience for us and a must-do when at Walt Disney World. One of the many memories our family has had at Disney Parks, and one which will be cherished forever. 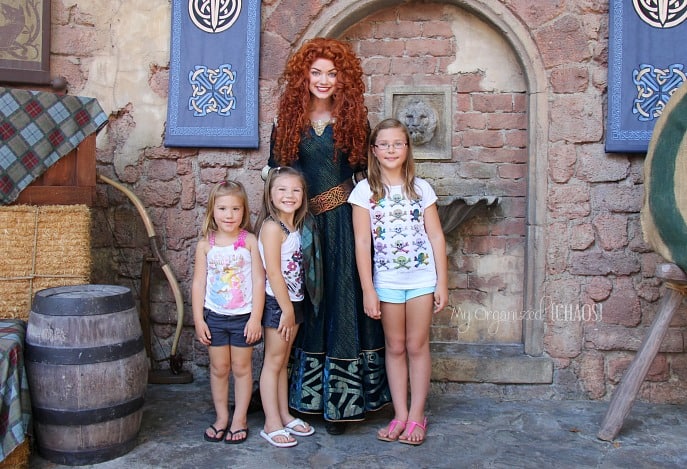