I had the opportunity to go to Disney Toon Studios and see all the behind the scenes action for Secret of the Wings, a quite the incredible experience. Magic, hard work, and dusted with a very creative and determined team forms this film. Want a sneak peek for yourself?

Ritsuko Notani was a friendly and familiar face to see at the studios, I first met Ritsuko when I attended a press trip for Tinker Bell and the Great Fairy Rescue. She has been the principal designer of all the major and supporting Disney Fairies that we all know and love. She oversees much research and thought for each fairy character, even the newest pixie, Periwinkle. 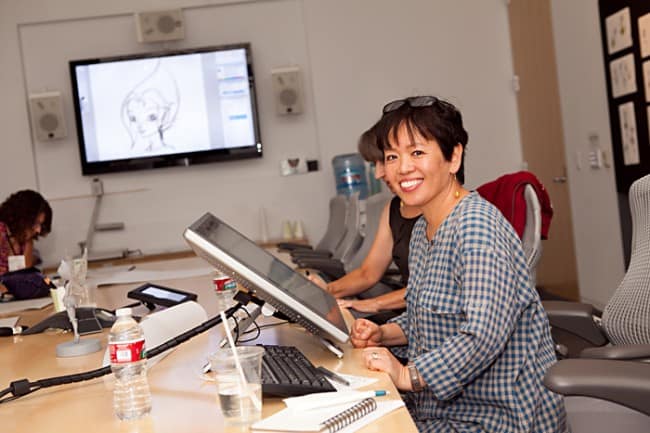 Since Periwinkle is a frost fairy, her entire look is characterized by her surroundings. Plants like Lamb’s Ear, grass, feathers and leaves were all studied for Periwinkle’s attire. Legendary and world-renowned hairstylist, Ken Paves, designed her hair based on the inspiration of actual frost flowers.

I got to learn a little something more with Ritsuko, a lesson in drawing! Ha, I can’t draw to save my life but she’s a good teacher. I mean, my drawing isn’t too bad, right? Oh, and yes, that IS my artwork hanging on my fridge. 🙂 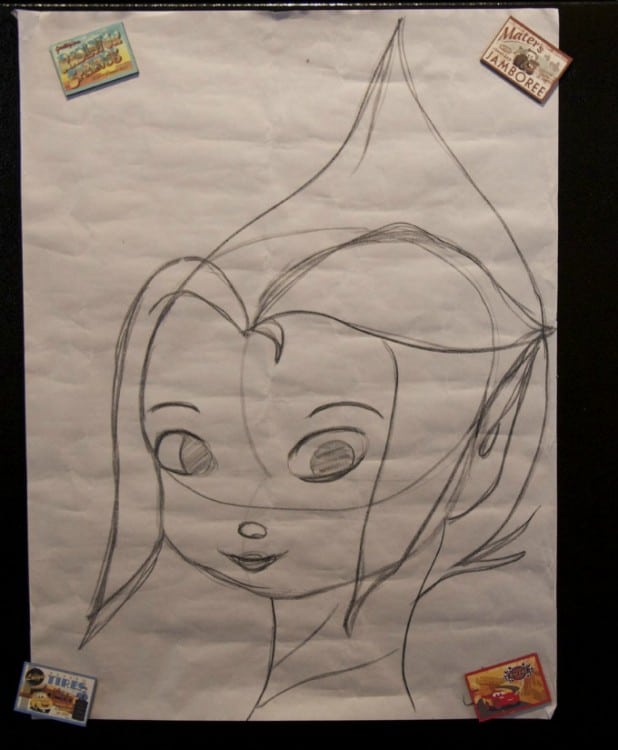 Fred Warter and Nickie Huai brought the iridescent fairy wings to life. They also looked to nature as well for their inspiration; studying oil on water, Abalone Shells, opals and various stones. The final result took a year to complete, purple and blue colors that shimmer like textured dragonfly wings, very three dimensional dance in the light. 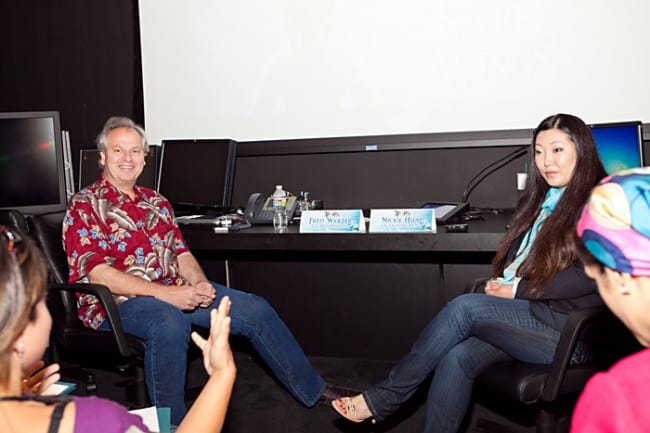 We visited Audio Engineer Paul McGrath. He works with the actors to get voicing and sound just right. After learning about his job, we also got the opportunity to work with Paul on recoding a bit of the film. I was in the sound booth, had my lines, and tried to time voicing by watching the scene. Harder done that you may think, but SO.MUCH.FUN! 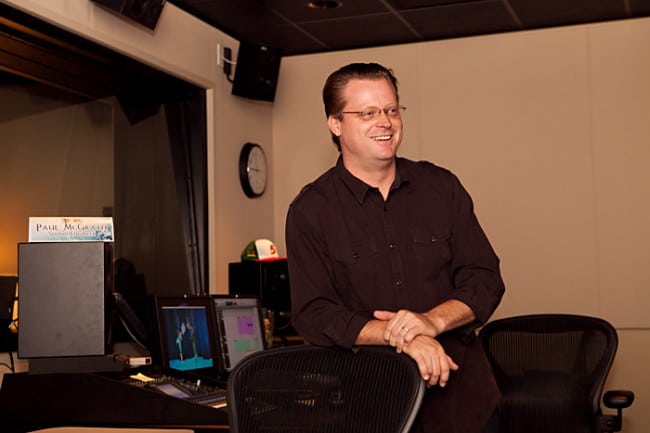 Crossing it off my bucket list, I can now say that I did voice over work for a Disney movie – and I played Tinker Bell herself! Wow! So when you watch and hear Tinker Bell say to Periwinkle, “You collect lost things too?”, THAT was my line! This is the scene to look out for: 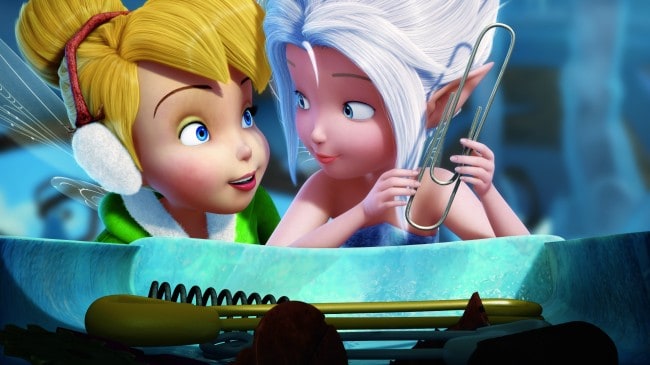 Yet, I wouldn’t quit the day job just yet, my voice is certainly not one to match the character of Tinker Bell. The following photo {though a terrible and blurry photo} is evidence of this opportunity, that’s me – in a sound booth playing Tinker Bell! Ahhh! 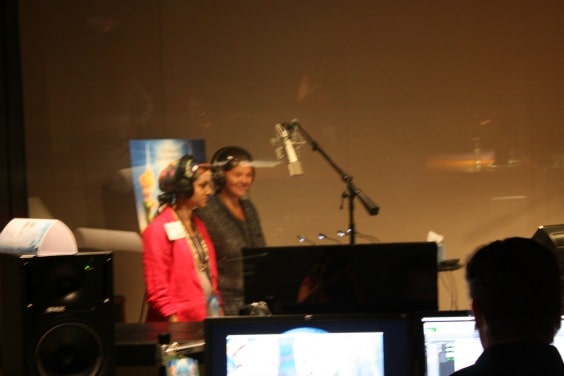 Our last meeting was with director Peggy Holmes, who also was one of the screenplay writers. Originally a choreographer, her method of directing was to physically use her body to demonstrate moods and actions that she wanted to depict on film. Joining her was Michael Wigert, the producer. It was inspiring to talk with this fab duo, their enthusiasm over ideas and hopes which came to life on screen is enough to make the heart burst. 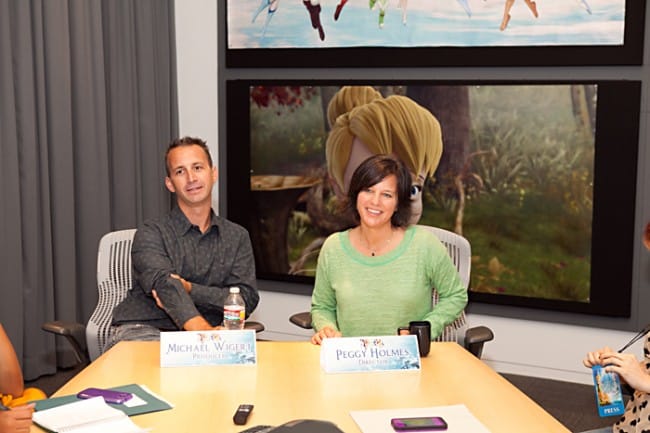 Sometimes I’ll watch a movie and take it as just that, 90 minute entertainment. For the ‘average person’, it’s hard to see it as anything else because you don’t know what happened behind the scenes. Sure this opportunity taught me so much about the making of a film, yet there really is so much passion behind every second. You’ll just have to check the film out for yourself!

Secret of the Wings will be available on Blu-ray 3D, Blu-ray + DVD Combo Pack & HD Digital Download on October 23.