This past week, I went to Toronto for an exciting event, a Tweet-Up hosted by KidsCBC. The entire day was full of smiles and laughter, and I did learn so much. If you were following the #KidsCBC hashtag on Twitter, and many of you were, you got a live view of how the day panned out. And, it’s not too late to take a peek at #KidsCBC to read back on the information and view the photos we tweeted out during the day. 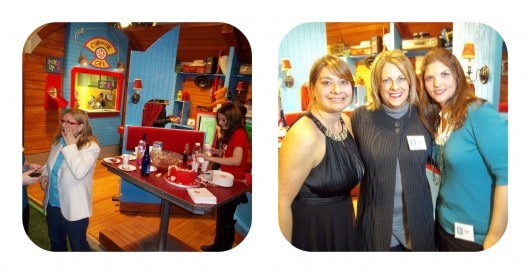 The session was set in a relaxed ‘Caboose’ setting. Kicking off the event, Kim Wilson, Creative Head for Children’s Programming at CBC Television welcomed us all with open arms.

“We have a long time we have a commitment to parents – we want your input to make KidsCBC better” – Kim Wilson.

Not only does KidsCBC have a developmental psychologist on staff, they want to build a partnership with parents – and build programming together. Rest assured parents, your opinions do not go unheard at KidsCBC, they respond to each and every concern or suggestion which comes their way, and also applies that information to future programming. In fact, they value parents’ opinions so much, they once canceled a show after just a few complaints! You can send them on email or even tweet them @KidsCBC, you will be heard! 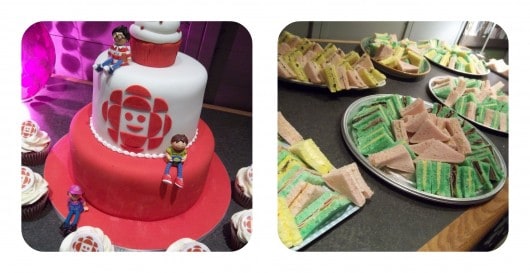 It was also great to mingle and chat with Patty Sullivan, host of Kids’ Canada. She’s currently on maternity leave, but came for the day with her adorable daughter. With baby in arms, she was the ideal host, juggling work and baby like a pro!

Some fun things are in the works at KidsCBC: Stay tuned for new series, Napkin Man! Starring Ed Robertson from Barenaked Ladies!! Monster Math Squad is another new series in the works – all about developing math skills. During the Tweet-Up, KidsCBC was tweeting with everyone, asking for input on what kinds of shows would benefit their child. So, if you have a suggestion or a great idea, make sure to let KidsCBC know.

Yet, the day that made me smile the most was haning out with Mamma Yamma, played by the amazing @alieisner. She is not only the puppeteer behind @MammaYamma, she writes the music for KidsCBC as well. She is a spunky and friendly woman, with such a creative flair and wild imagination – I could not picture a more suitable person behind the face of Mamma Yamma. Special to me is the video that Mamma Yamma recorded for my girls – that just made my day! @StevenandChris came to mix us Moctails and be interviewed by Mamma Yamma as well. 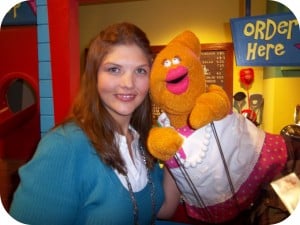 Yet, that wasn’t the entirety of our day at CBC Studios. Earlier that day to got to attend a taping of Steven and Chris. I am fan of theirs, spanning back to their old design show – and watch the Steven and Chris show often. It was surreal being in the studio audience, and not just for the fact that Biggest Loser star Jillian Micheals was there! 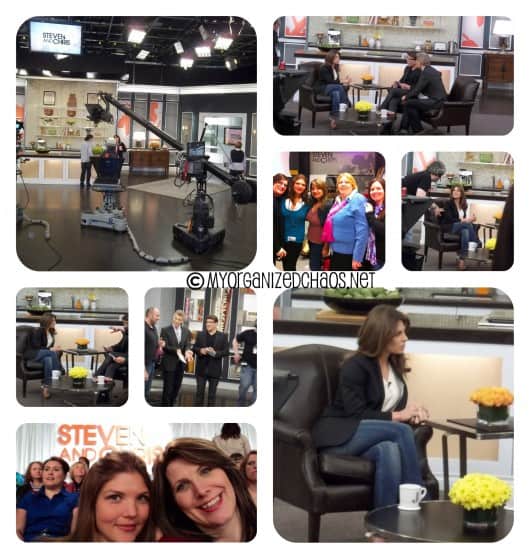 For me, seeing her was one of my favorite experiences, she inspires me so much! She talked about her new book, Unlimited – How to build an exceptional life and chatted about what she’s been up to, and her future goals. I’m hoping to get some quiet time soon, to dive into this book, it sounds just remarkable as it’s about women learning to love themselves. The Steven and Chris show also did a design, gardening and cooking segment – fun! Our show {like how I took ownership of it? lol} will air today, Thurs April 14th, so make sure to watch! It’s on many times today! 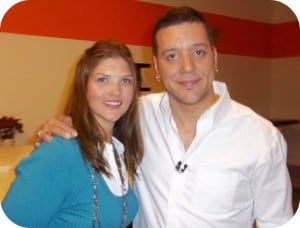 A few of us bloggers that we waiting on flights also took in a taping of George Stroumboulopoulos. Due to flights, we couldn’t stay for the whole taping, yet we got to chat with George {@Strombo} and get photos – which made this girls happy!

Of course with any event, I bask in the chance to meet up with the most fabulous Canadian bloggers out there. A few I met for the first time, a mini-Dove Singing in the Rain reunion, and some I hadn’t seen since BlissDom Canada 2010! I’d like to give a special shout-out to the ladies {and one fine gent} who shared the day with me at #KidsCBC.

And of course one big Yam-Hug to KidsCBC for having us there. Blogging aside, KidsCBC makes me feel great as a Mom. I know they want the best for our kids and appreciate that they keep communication so open with us. Looking forward to the future of KidsCBC!

Disclaimer: I was provided with flight & hotel accommodations to attend this event. This in no way influenced my post. All opinions are my own!