In a galaxy far, far away {in our living room} … 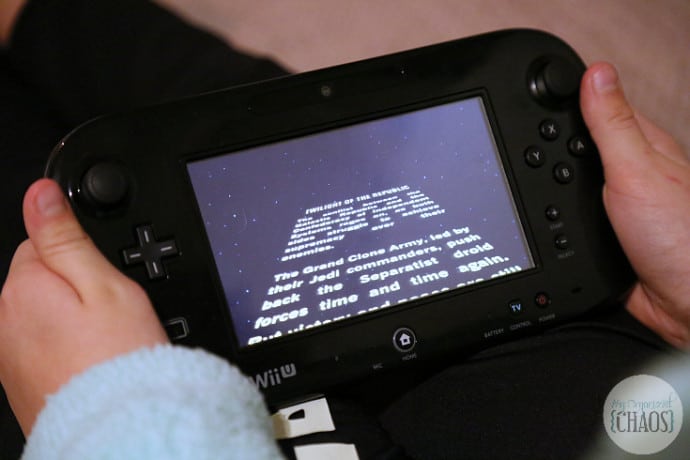 When this screen flashed across our Wii U and TV, my girls let out unimaginable squeals along with excited smiles. We are, 100% a Star Wars family, through and through.

So, it’s no surprise that when we received Disney Infinity 3.0, there were some cheers and jumping going on in our house of chaos. Yet, this is only the tip of the possibilities with the Disney Infinity 3.o. Read on! 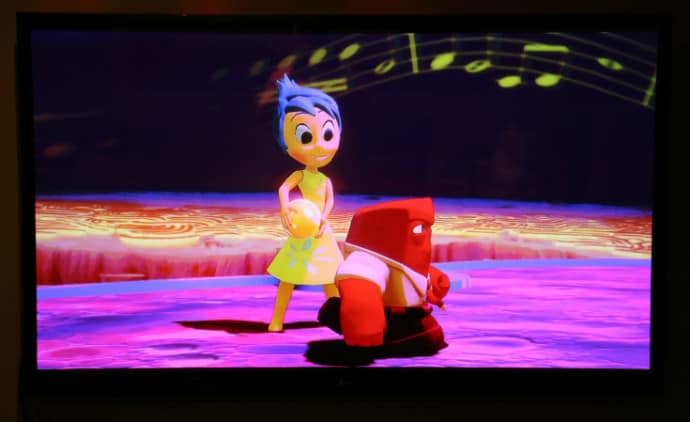 With Disney Infinity 3.0 and that beloved Toy Box, Anakin Skywalker can join forces with Joy and Anger from Disney•Pixar’s Inside Out for what could be the most dynamic gaming yet. I literally lost track of the number of characters you can mix-and-match with while watching my daughters excitedly play Disney Infinity 3.0 recently. Yet the last update I received was that Wreck-It Ralph was building something in their house. Happy little grins, arm movements, eyes wide – in other words, BIG EXCITING NEWS.

That’s the thing my kids love most about Disney Infinity 3.0 – there is no limit to gameplay! Each and every time my girls have played, it’s a whole new game with different characters with their own talents and abilities and it’s all thanks to their own imaginations. Obi-Wan Kenobi kart racing? Why not!

We also got the ‘Spot’ figure who is the wild, tough and tenacious human boy who thinks and acts like a dog in the recently released DisneyPixar movie, The Good Dinosaur. The girls are even more excited to see this particular film now that they had a chance to be introduced to him, and lead him on some adventures. A new character to the expanding Disney Infinity family, players can get to know Spot and his free-spirited personality, and begin to love this all-new character. Imaging him with Yoda … 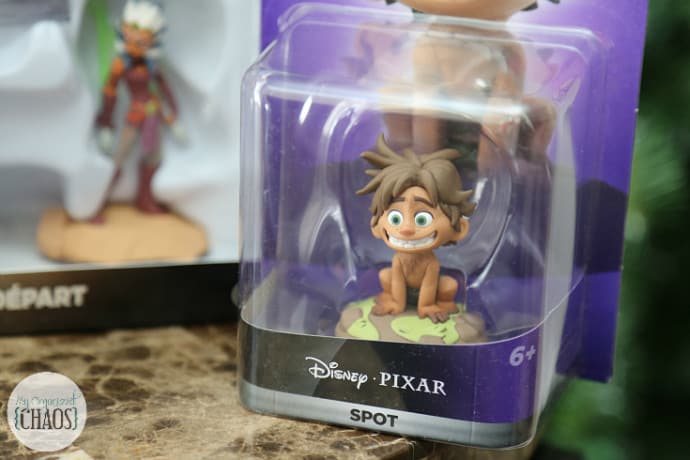 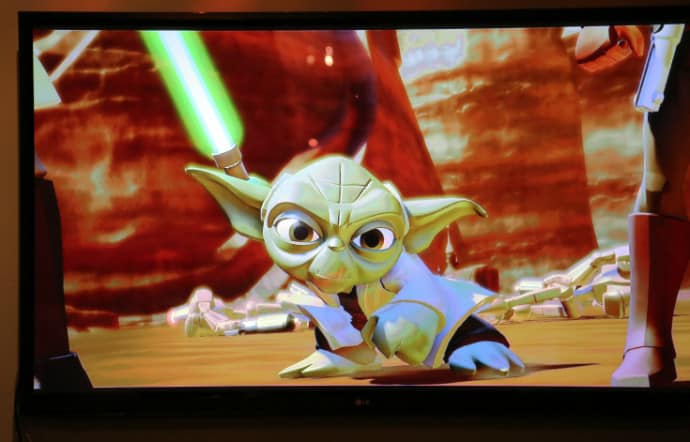 As well, it has easy drop-in/drop-out functionality allows kids and families to join in and play together at any time. With three kids, this is great since one of them can join in at any time {or myself!}. Bottom line? Less fighting between the kids, parents! Disney Infinity 3.0 reinforces sharing, teamwork, togetherness, and fun. 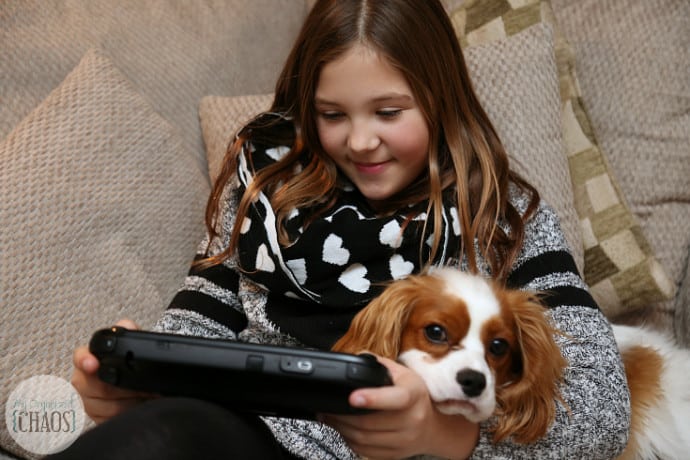 It also has many cinematic breaks, which are almost as much fun as the gaming itself – like watching mini movies that leaves you wanting to see more. Can you tell how excited we are for Star Wars next month? 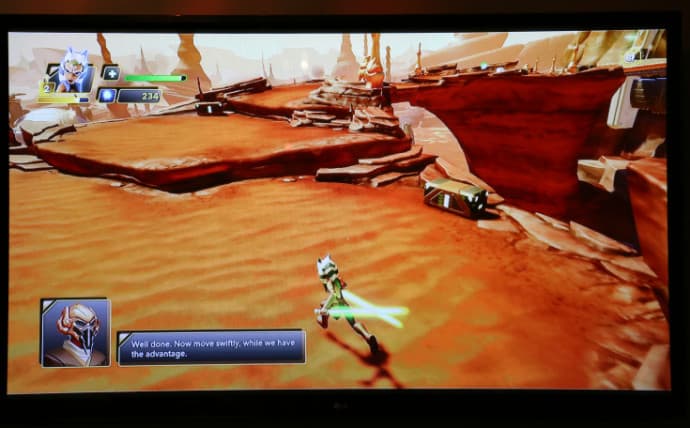 Since my girls love their Disney Infinity 3.0 so much, I got exclusive insider information that Santa is expanding their gaming with additional characters, which at approx. $16 each, is a very small price to pay for even further expanded gameplay. Perhaps Minnie, Mulan and Olaf … really, the available characters are amazing choices, I won’t just stop at one that’s for sure. 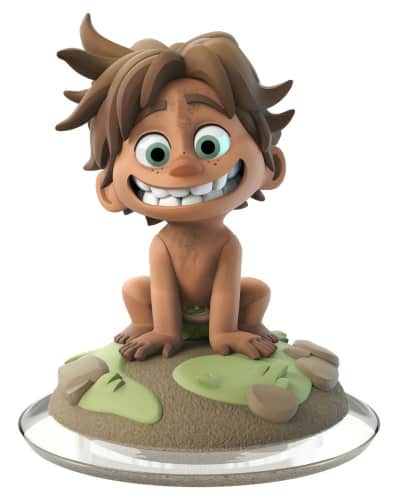 With Disney Infinity 3.0, the possibilities are only limited to your imagination. In other words, there are none!

Disney Infinity 3.0 is most definitely one of the ultimate holiday gifts for 2015!

Disclosure: I received product and was compensated for this post, all opinions are my own.