When kids reach a certain age, there’s a strong attraction to gaming. Mine get giddy over a new {or favourite} game to play, and I was the same way as a kid myself – tender gaming thumbs and all. I don’t remember each and every present I got growing up, but I do vividly recall peeling back that shiny red paper and spotting the Nintendo logo underneath. Best Christmas ever!

Nintendo, a leader in ‘all things gaming’ has some fantastic new games and products for the 2015 Holiday Season. These are a few of the new titles and products which guarantee a multitude of “Thank-Yous!” for the gift giver and endless amounts of fun for the game lover on your list.

Play a near-limitless number of intensely creative Super Mario levels from players around the world with Super Mario Maker. What was impossible in traditional Mario games is now impossibly fun, so let your imagination run wild! This Wii U deluxe set comes with a full game download of Super Mario Maker, a Super Mario Maker idea book, and the 30th Anniversary Mario Modern Colour amiibo. SRP: $329.99

We just got a Wii U for the first time a few months ago, and it’s been a blast! The kids had played on one before at friends houses, yet this was my own first time playing games on it – even the parents are hooked! Nintendo’s Wii U is a game console for the whole family, and I’m very appreciative that we have one. The Super Mario Maker Wii U Deluxe Set would make an excellent choice as it comes with Super Mario Maker {which we also have, review at the link}. This is a great game that we play often so getting the set for a great value is a smart purchase! 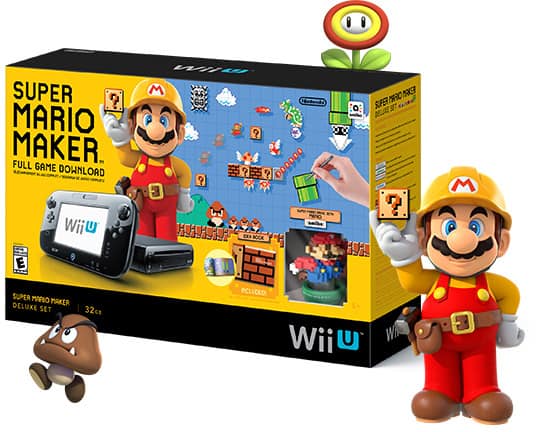 Splatter enemies and claim your turf as the ink-spewing, squid-like characters called Inklings in Nintendo’s new third-person action shooter game for the Wii U console. Compete in four-on-four matches, in which the goal is to get your ink on as many places as possible and claim your turf, all while strategically submerging yourself in your team’s colors and blasting your enemies. This is a colorful and chaotic online third-person action shooter – exclusively on Wii U. This set comes with everything you need to start playing right out of the box – including the games Splatoon (via included download code) and Nintendo Land (pre-installed), plus additional storage space and accessories. SRP: $329.99 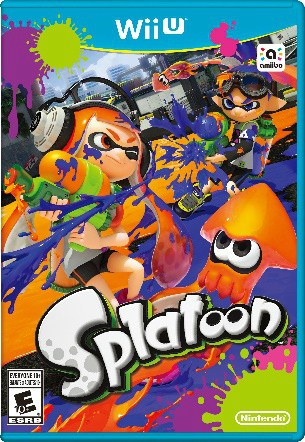 New Nintendo 3DS XL offers portable entertainment in 3D without the need for special glasses, featuring screens that are 90 percent larger than the original Nintendo 3DS. Games leap to life with super-stable 3D, allowing for total immersion in your games. SRP: $229.99

I love the size of the 3DS XL, and also that there’s a dial that can adjust how much 3D is seen {none to full}. This meant I could let Isabelle play using the 3D option and then turn the 3D off when her little sisters played {my preference}. There’s countless games for this console, which means it’s going to have the beauty of longevity. It’s been years and my kids still love to play their Nintendo 3D XL. 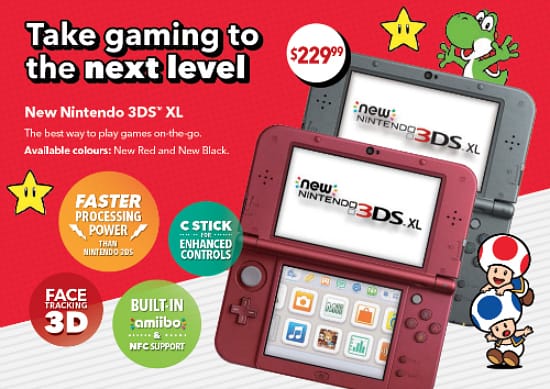 Do your socks go missing in the dryer? Are you constantly shopping for useless stuff? Or maybe you can’t stop spilling all of your secrets? All of this could be caused by Yo-kai! Hundreds of these sometimes spooky, sometimes cute and usually mischievous Yo-kai secretly inhabit our world. They can’t be seen by the human eye, but they’re hiding everywhere! In YO-KAI WATCH, an original game from top Japanese entertainment company LEVEL-5 Inc. launching exclusively for the Nintendo 3DS family of systems, you must explore the in-game world to find and befriend more than 200 of these Yo-kai, each with unique skills, strengths and personalities.

After selling millions and being a cultural phenomenon in Japan, YO-KAI WATCH is coming to the United States for the Nintendo 3DS family of systems. The YO-KAI WATCH game is about hundreds of sometimes cute, sometimes spooky, and usually mischievous Yo-kai that inhabit our world. Yo-kai are not ghosts, monsters or creatures. Yo-kai are, quite simply, Yo-kai. They cannot be seen by the human eye, but they are everywhere. Whether born from the soul of a deceased human, or an everyday object discovering its higher purpose, their personalities are distinctly humanlike. 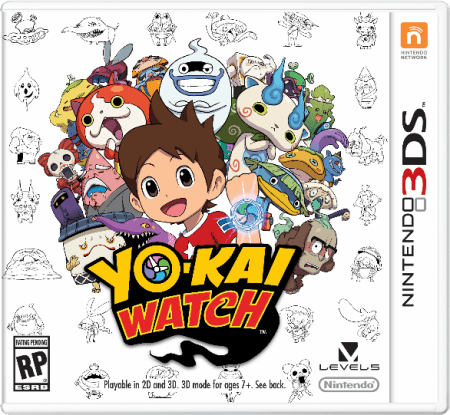 Animal Crossing: Happy Home Designer also introduces new amiibo card functionality {read our review here}. Pick up the card for your favorite villagers and special characters, like Isabelle or K.K. Slider, hold it to the screen, and you can fulfill their design requests as well. Or, do like my daughter does and upload all the character cards into one room and throw a party!

Available on it’s own or in a Nintendo 3DS system bundle.

Set off with a friend through a wild, woolly world in this grand Yoshi adventure! A treasure trove of clever and challenging handicraft stages are ready for you to explore. Unravel their secrets and color your world with a spectrum of yarn balls to knit new paths and get every last collectible. 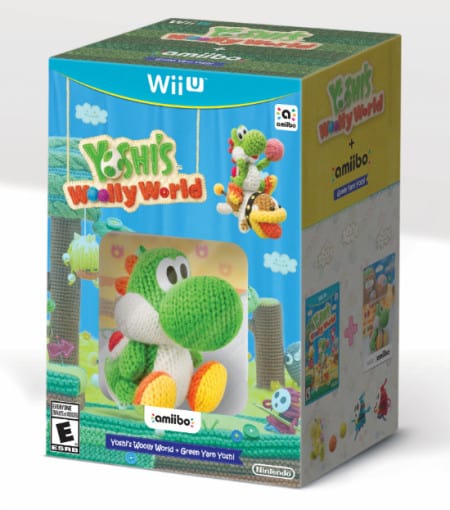 Disclosure: Nintendo sponsored this giveaway, all opinions are my own.