Hold onto your Christmas stockings everyone, Furreal Friends released a non-traditional interactive plush toy in their lineup – and it’s BIG NEWS.

Disclosure: Product was supplied to facilitate this post as part of my affiliation with the brand, yet as always, all opinions are my own.

When I learned that the ever popular Furreal Friends had a Star Wars interactive toy in their popular and vast lineup, I was excited. I mean, as much as myself and my girls love Furreal Friends pets – STAR WARS! 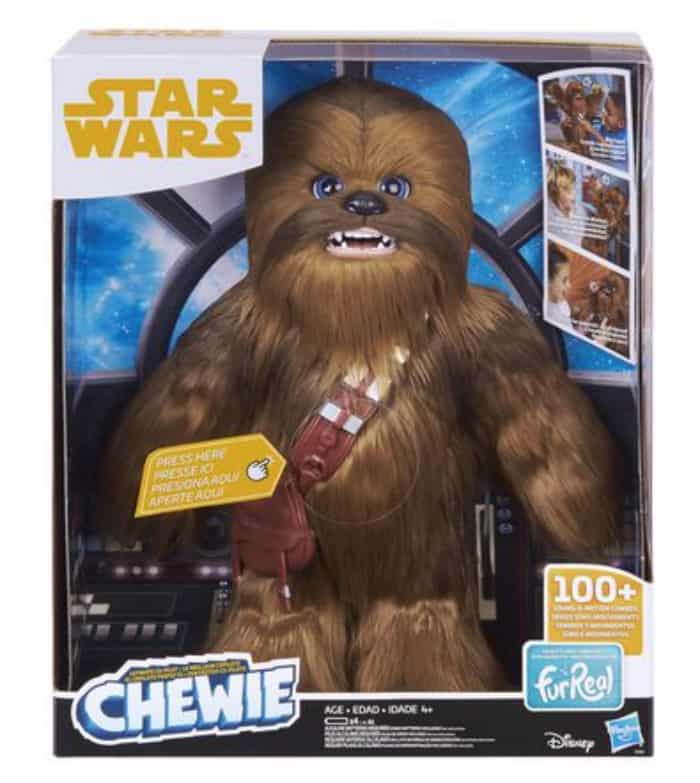 STAR WARS Ultimate Co-pilot Chewie is just awesome. Not only is it a plush friend and a much-loved loyal friend and co-pilot to Han Solo, but he also has 100+ sound-and-motion combinations, including arm-raising roars!

Literally HASBRO brought Chewbacca to life, complete with facial expressions. I think he just might be the star of the Furreal lineup for 2018. Check him out in action:

To raise the impressiveness bar even more, he not only reacts whenever he’s in motion or by sound, yet he also responds to Wookie language!

With posable arms and a soft body for snuggling, send him off to sleep or pretend to fly him through the air. As much as he loves action and adventure, he is also a trusted friend to sit and converse with. 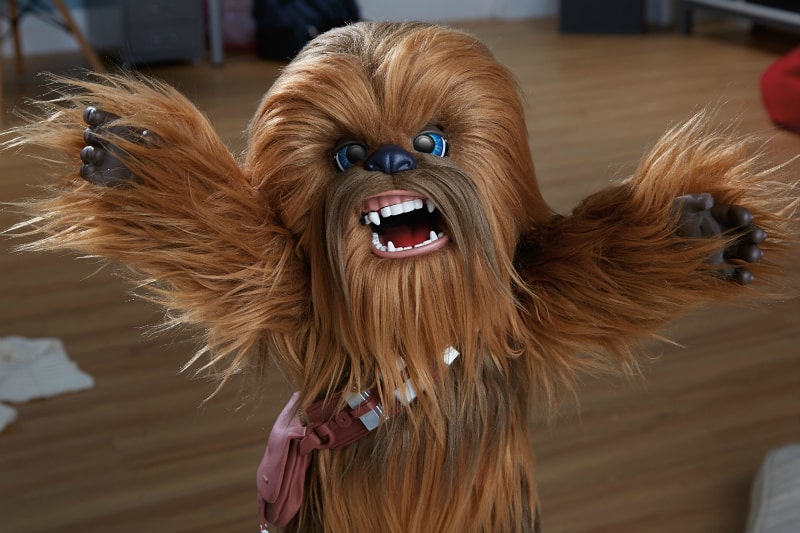 Furreal Friends Star Wars Chewbacca is most likely the ultimate in animatronic plush friend, and ideal for the kids {aged 4+} to adult STAR WARS fan for Christmas 2018. Proving he’s the best best friend on any planet, this is one FUN toy that could very well produce more STAR WARS fans than there are right now.

As much as Furreal Chewbacca is a kids toy from HASBRO, I very well may claim Chewie as my own. And keep forever. Shhh, don’t tell the kids.

Also, the amounts of bold lettering and exclamations in this post is quite high, yet I’m pretty stoked about this release, and know it’ll be a HOT toy for 2018. So grab yours now, it might be one of those toys that are so popular they become hard to find!

Furreal Friends Star Wars Chewbacca can be purchased at major retailers all across Canada, such as Walmart, and has an ARV of $149.99.