Mmm, Dole Whip! Before our first-time trip to Walt Disney World, besides reading up a bit on the parks and resorts, I didn’t actually PLAN anything for our one-week stay. What? My organized self {shockingly} didn’t pre-plan each hour right down to scheduling bathroom breaks? Ha!

It’s true, yet there was one item on my agenda, let’s call it a mission. I HAD to try a Dole Whip. 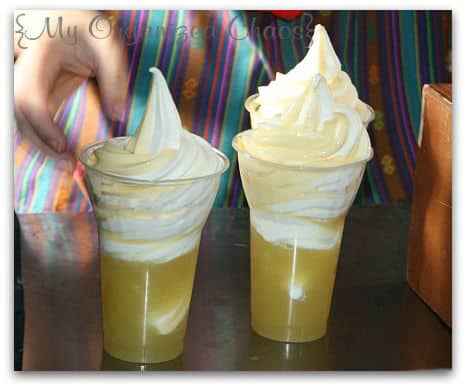 Another blogger and DisneySMmom, @TheAngelForever, raved so much about this ‘best drink in the park’. In fact, it was a common topic on twitter pre-trip and I had to know all about them before we left on the trip.

Each time hubby said something along the lines of, ‘what will we do on such-and-such day while at Disney?’, my response was always the same. “Not sure, but I want a Dole Whip Float”.

After meeting up with my family the day I took on the Africa Trek at Animal Kingdom, Hubby told me that him and the kids had gone to Magic Kingdom … ‘oh, and I had a Dole Whip’.

PARDON ME?! Yep, he had one – without me. And raved, and raved … and raved. It was painful and I may have pouted like a 3 year old for ‘a while’.

Then, on our last day at Walt Disney World, we decided to go back to Magic Kingdom to see the Wishes Nighttime Spectacular firework show. Yet, I had another agenda – we were finally getting my Dole Whip!

The verdict? BEST DRINK EVER!

There are only two places that you can get a Dole Whip at Walt Disney World: at the Polynesian hotel and at the Aloha Isle station in {at Adventureland} in Magic Kingdom. The hype over Dole Whip’s is huge, and though it would be convenient to have them all over the parks, it’s such a special treat when you are in the area. For reference {and to have a photo for your own mission}, here’s a photo of Aloha Isle so you don’t walk by it: 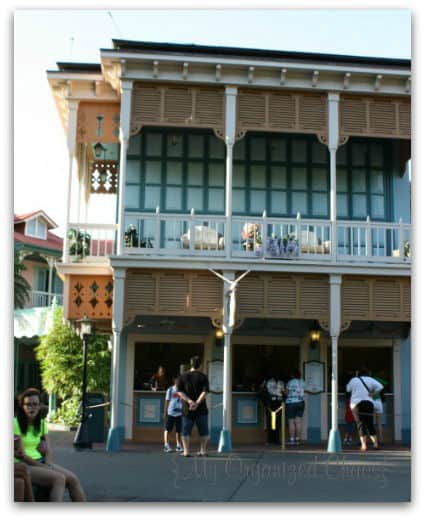 Wait, What is it? A Dole Whip is pineapple soft serve. Yet my fave is actually the Dole Whip Float, where the soft serve floats in Dole Pineapple Juice. You can get pineapple, orange and vanilla swirl for your float yet my fave is the vanilla {swoon!}. So, it’s like a dessert drink, yet the most delicious and thirst-quenching drink you’ll ever have. It was extremely hot that day in the parks and it was exactly what I needed. 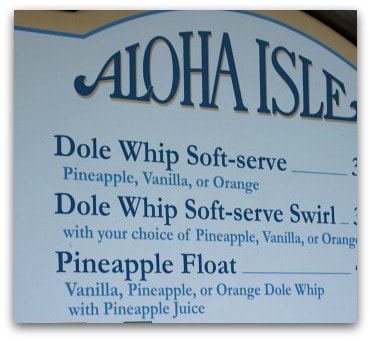 So here I am enjoying my first and hopefully not the last Dole Whip and thinking that I want the moment to last forever. Then the guy next to me starts talking on his cellphone. The conversation went like this,

“Hey man … I’m at Magic Kingdom having a Dole Whip … dude, I came here JUST for this Dole Whip … no, I’m not bringing you back one, come get your own…”

But I believe it, they are THAT good! In fact, writing this is making me crave one so bad. But, that’s just too bad for me because I’m told that the only places in the world that you can get a Dole Whip is in Walt Disney World, Disneyland and the state of Hawaii {ETA: yet there have been other sightings around the US}. If I am wrong on this, please let me know. And, if you are lucky enough to have a recipe that might slightly compare? Pass it over! 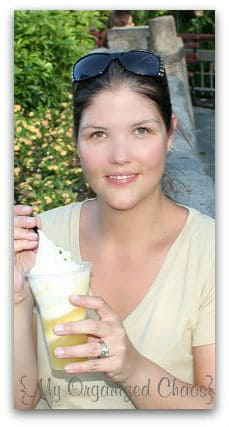