While our family was in New Brunswick, and after taking in Moncton, we made our way to Saint John, the most populous city in the province.

This southern New Brunswick city lies right at the entrance to the Bay of Fundy and is relatively close to the Maine USA border. This makes Saint John a prime city for visitors to visit when in this maritime province. As well, it’s also a port stop for cruise ships coming from the US and Europe. 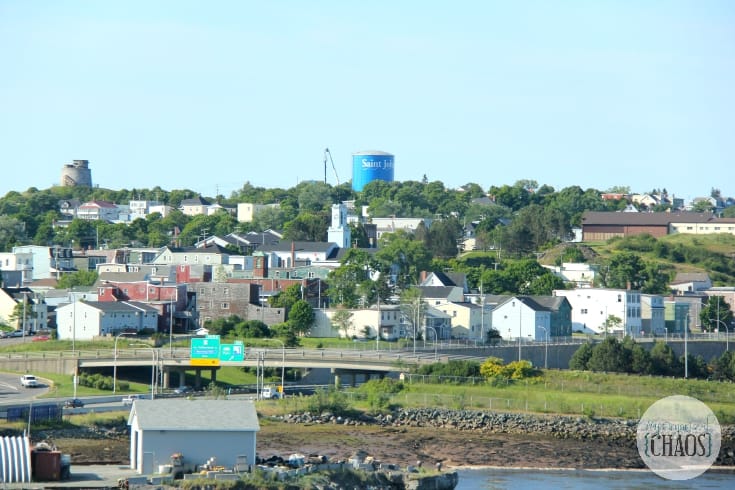 Whether you come by land, air or ship – Saint John is a lovely city that offers much for everyone. When driving into the city, I couldn’t help but compare the sights to those of San Francisco. The quaint vertical structures nestled on the hills surrounding the shore – it’s a very picturesque city with plenty to see at every turn. 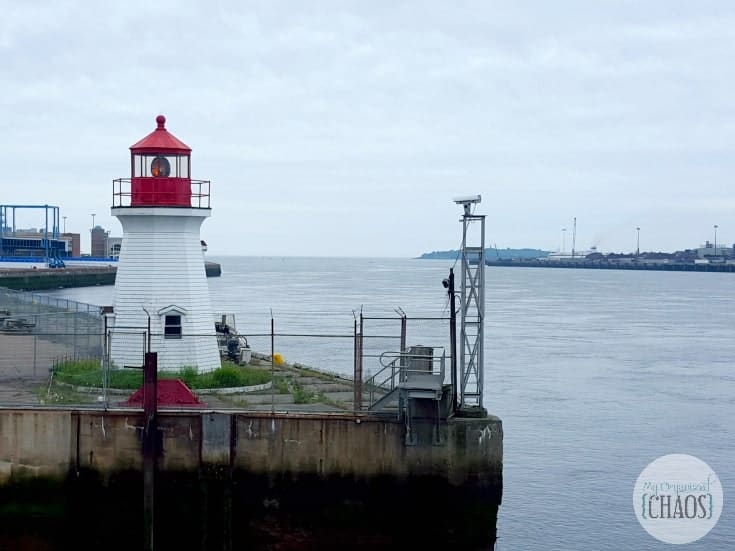 While there we stayed at the Saint John Saint John Hilton, located right on the harbour and offering magnificent views. I loved this hotel location, as the majority of the Saint John sights we took in as a family – we all within walking distance from the hotel. 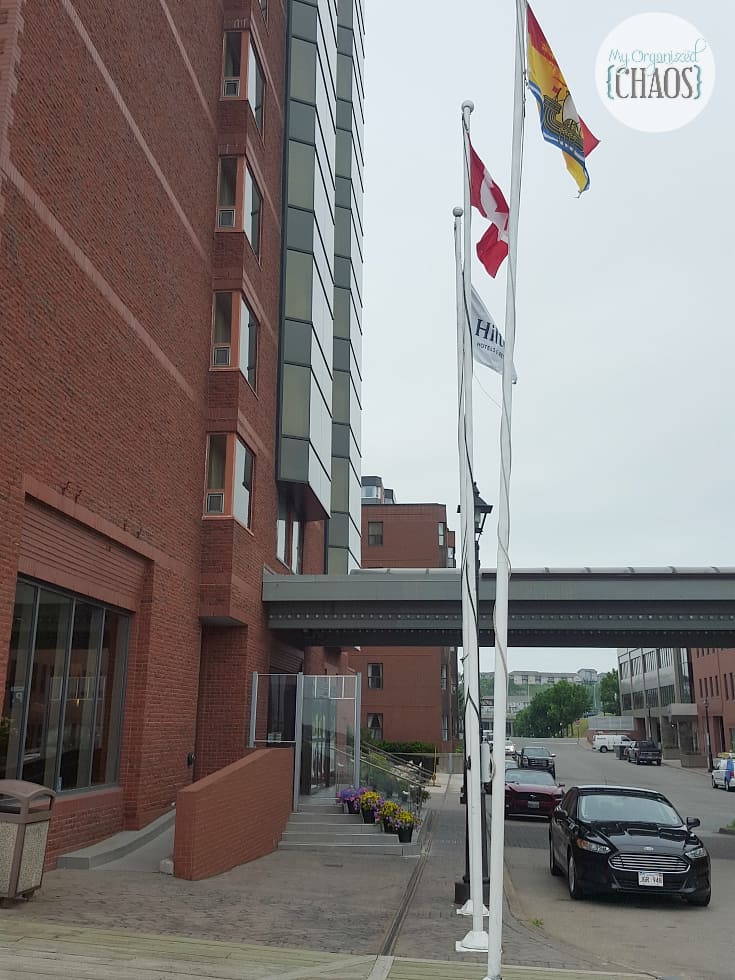 Right across the street from the Saint John Hilton is Market Square; a mall for shopping, restaurants and city activities. 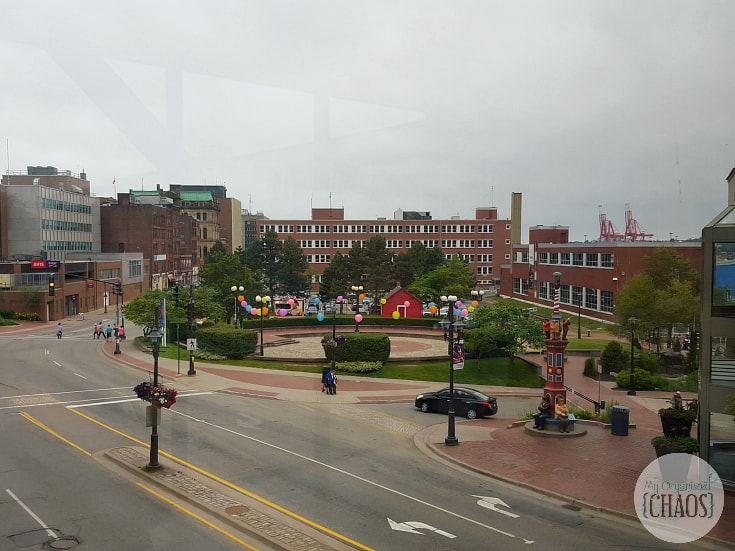 Market Square is where you’ll find the New Brunswick Museum, a three story source of information and fun right there in the mall. Actually, I think this placement is brilliant, as I’m sure more people would inspect a museum in a mall. The enticing frontage of the museum from the court has a way to draw attention and the masses. 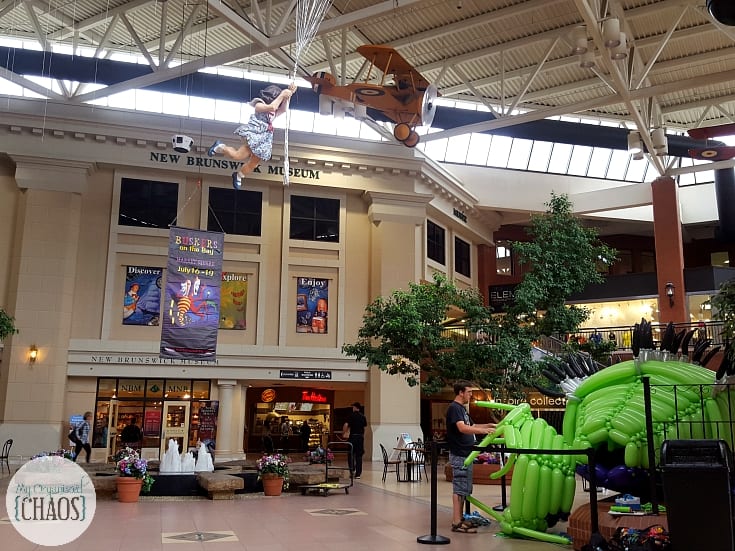 The New Brunswick Museum has artifacts and displays like other museums, yet the entire area is so interactive and fun. From the guides to the sections of the museum themselves, this is a great location for families to go, to not only learn about New Brunswick but the world around it. In a totally fun way! 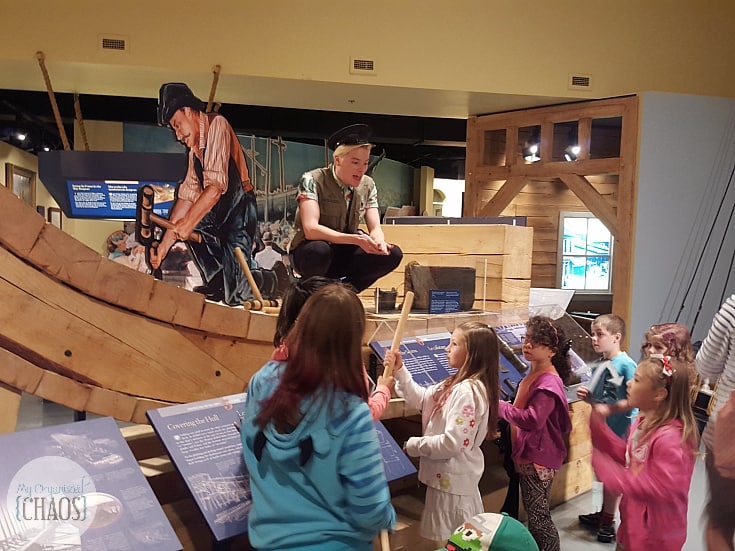 Our tour of the New Brunswick Museum was setup like the party packages offered by the museum, a guide took us families through a fun scavenger hunt through the museum. It’s a great way to get the kids involved and incorporate learning in an engaging way. 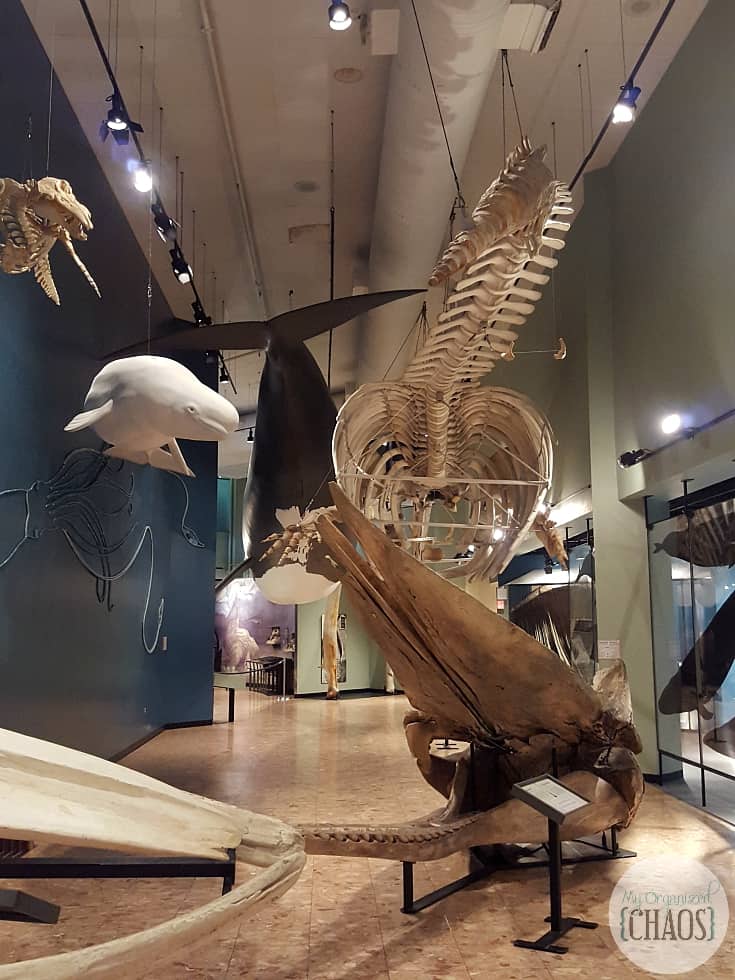 From the Great Hall of Whales to the vintage furniture I lusted after – there’s so much to see at the New Brunswick Museum. It was a fun morning spent for all. 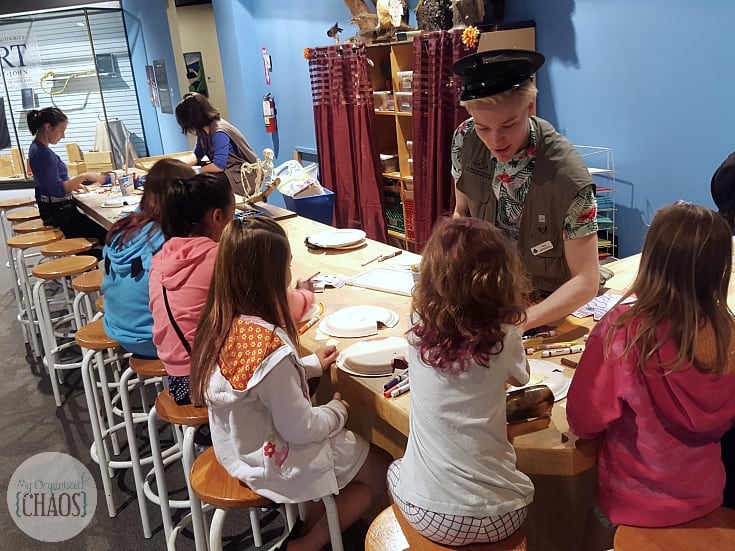 While at Market Square, one must take some time to spend at the indoor Saint John City Market. Talk about everything under one roof! 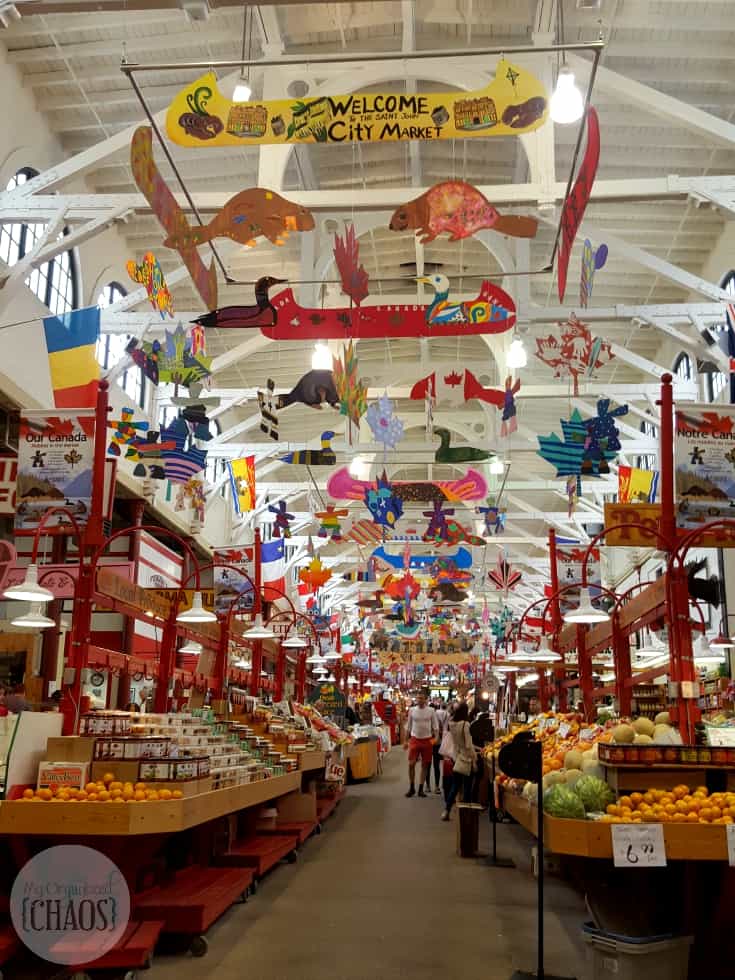 This is where you can do some great shopping and support local artisans, and have one wicked meal. I recommend the lobster rolls because, lobster. 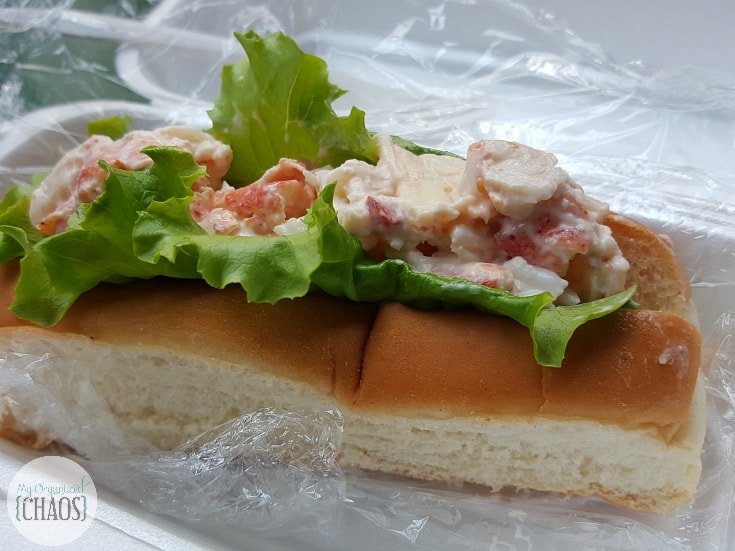 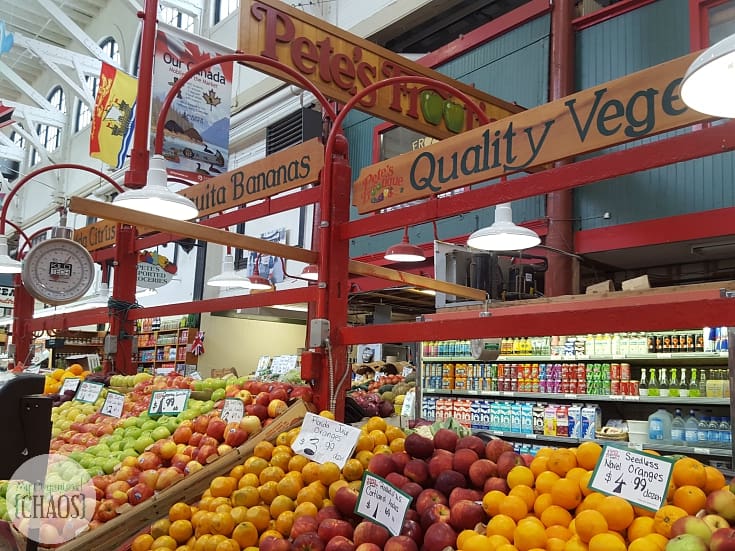 Don’t forget to make a stop at Reversing Rapids while in the city of Saint John. This location is famous for the tidal phenomenon that forces the St. John River to flow backwards as the Bay of Fundy reaches high tide. It’s caused by a gorge formed by the collision of continents millions of years ago. There’s a lookout at a prime location to view the pulling and tugging of the water, and the whirlpools formed from the water not knowing which way to flow. It’s quite the sight! 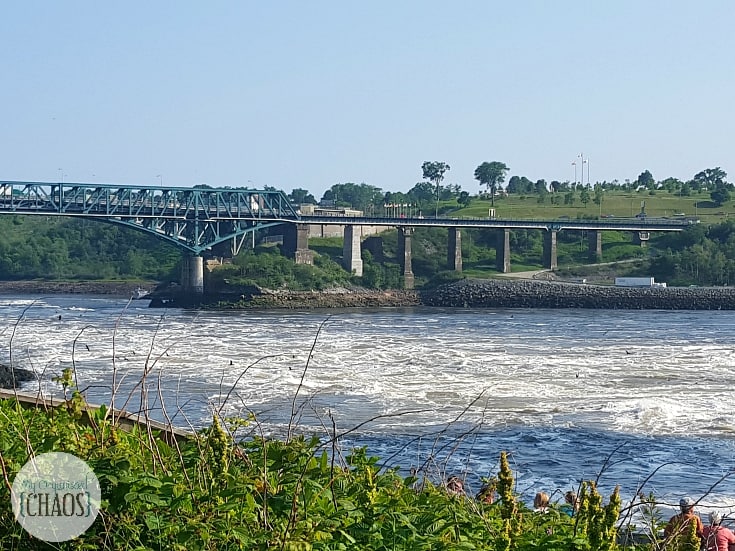 Watch for regularly scheduled activities and events outside Market Square – a great location for city functions and live entertainment. Set on the backdrop of the bay – it’s a wonderful location while in Saint John!

Have you ever been to Saint John New Brunswick?

My family and I were hosted by Tourism New Brunswick and SJ Consulting for this #LetsGONB retreat. All opinions are my own.