During our Disney Wonder cruise down the West coast, the ship docked right beside Pier 39 and Fisherman’s Wharf, the perfect place for families to sightsee while in San Francisco. 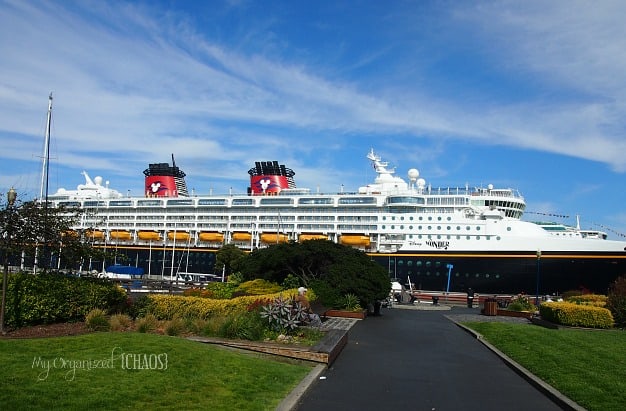 Fisherman’s Wharf is also home to Pier 39, which I included in my San Francisco for family travel post, yet The Wharf and surrounding area offer so much, so it needed it’s own post! 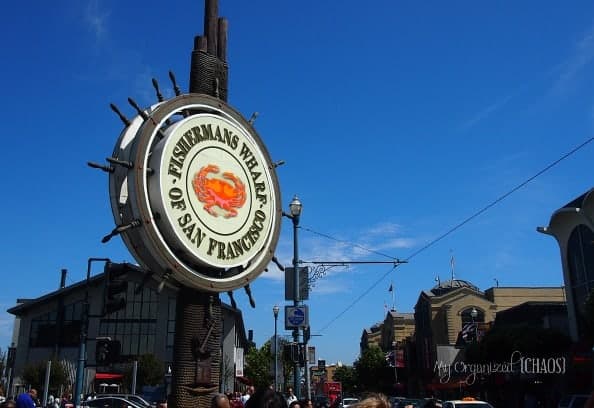 Note that it’s a busy location, so expect tons of people wandering around, it’s one of the most well known tourist attractions in North America. For a reason, Fisherman’s Wharf is a must-see when in San Francisco. Part of that hustle and bustle is it’s charm, it’s full of energy for adults and children. The street performers were a hit with my kids. Yet don’t let the opportunity pass to try some fresh crab or seafood while in the area that it’s famous for. 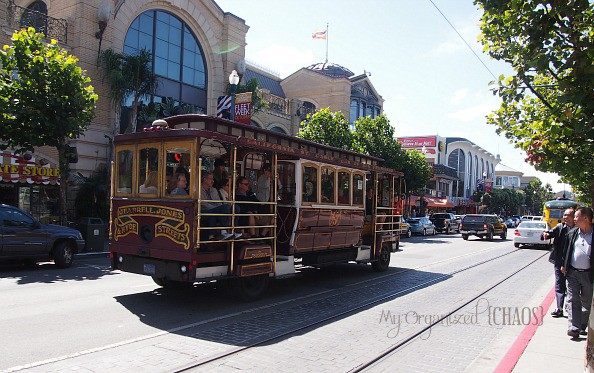 Fisherman’s Wharf is best known for being the location of Pier 39, the Cannery Shopping Center, Ghirardelli Square, a Ripley’s Believe it or Not museum, the Wax Museum, and restaurants and stands that serve fresh seafood, most notably dungeness crab and clam chowder served in a sourdough bread bowl. Which leads me too…

Boudin Bakery At The Wharf

A marvel to experience, the Boudin Bakery down the street from the Wharf was the birthplace of Boudin sourdough bread. “In 1849, the Boudin family struck culinary gold. Wild yeasts in the San Francisco air had imparted a unique tang to their traditional French bread, giving rise to ‘San Francisco sourdough French bread.’ “. 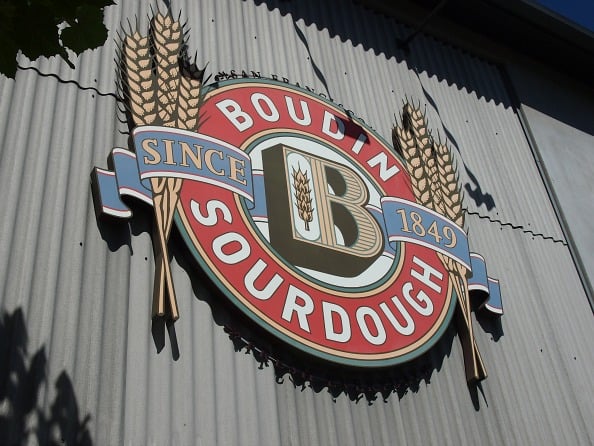 Cool fact? The starter they use for ALL their sourdough baking, even today, is from the original 1849 batch. WOW! At the front of the building is an observation window with a speaker, so you can ask the baker questions as they create different shapes with the dough. 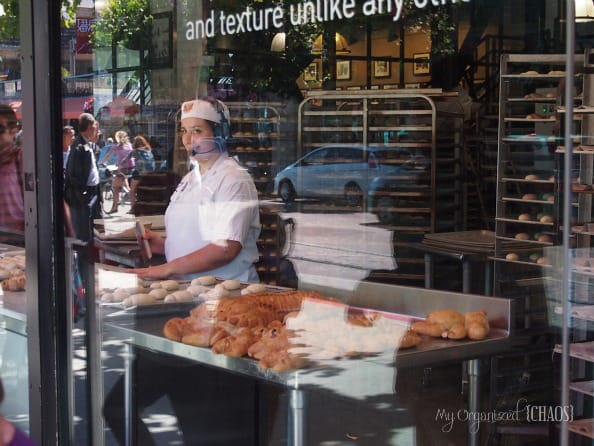 You’ll also notice that the factory pumps out fresh sourdough air into the streets. While watching and smelling, you can’t not help but to go in and explore. 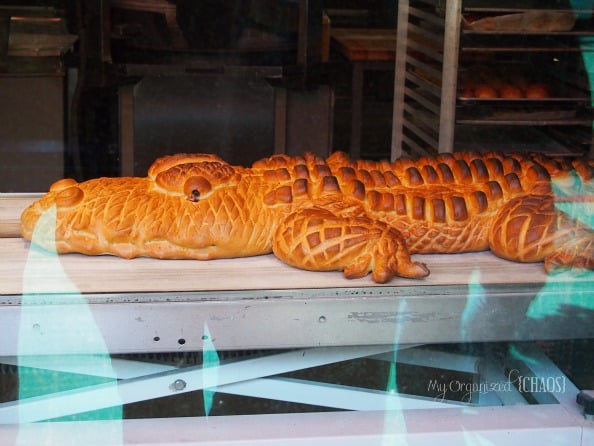 Step inside Boudin Bakery and there’s a shop, restaurant and cafe. 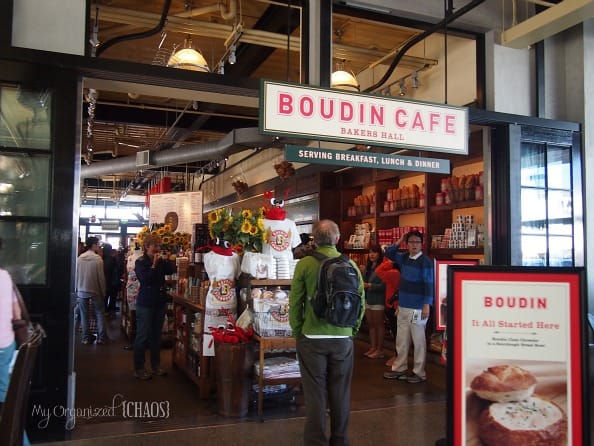 We bought a fresh sourdough roll to share {they are huge!}. We would have stayed to eat more, but we had just eaten. So, we bought a couple cans of their Clam Chowder to take home. 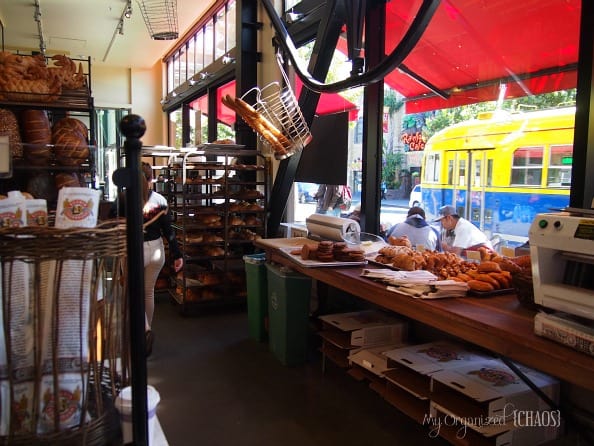 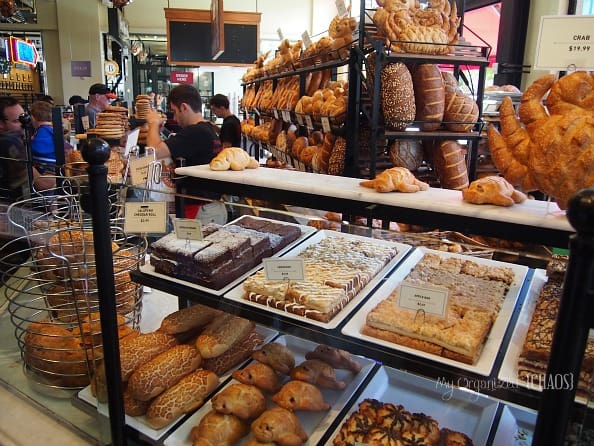 Our family of 5 also went on the RocketBoat, a speedboat from Blue & Gold Fleet that tours the San Francisco Bay for a half hour at 50mph. I wasn’t sure if the turns, jumps, and splashing would agree with the kids too much {especailly my 4yo twins}, but they loved it. It was a blast! Plus, we got to see some sights real close up, like the Golden Gate Bridge and the Oakland Bay Bridge. The next day we also cruised the bay via their ferry boat, taking a close look at Alcatraz, which I mentioned in my previous post. 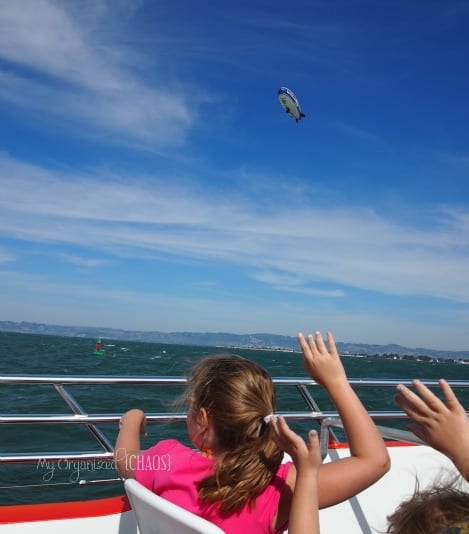 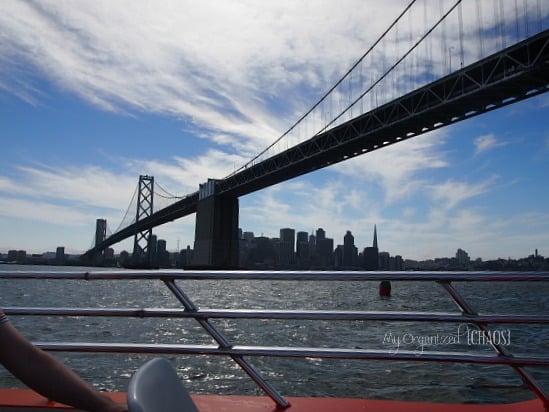 Whether standing on the waterfront by Pier 39, or by touring boat as you leave the shore, you’ll spot an area of hundreds of sea lions. There for most of the year, I’ve never seen so many Sea Lions in one spot before. 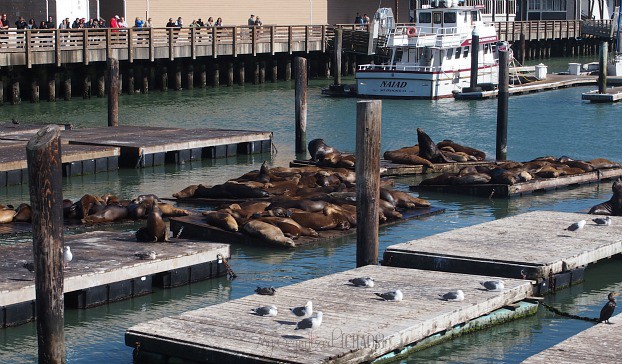 Basking in the sun and chatting with each other, we watched these guys {and gals} for a long time.

Ahhh, almost an endless topic of conversation at Fisherman’s Wharf, there’s anything and everything imaginable. Yet, seafood is the claim to fame here, so make sure to try something different while there. It’s all part of the travelling experience! For dinner one night we all met at Fog Harbour, a fish house and San Francisco dining landmark. 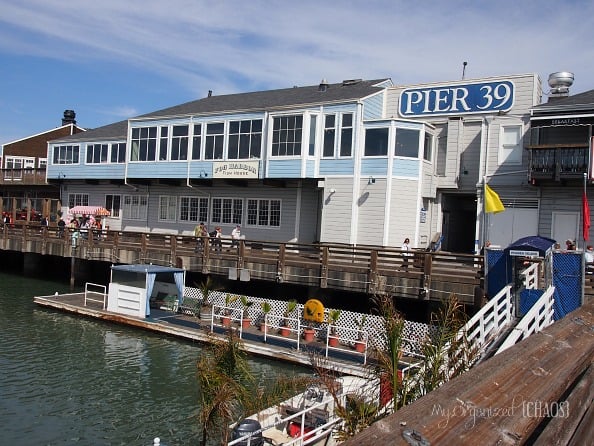 The restaurant was created by the family who developed PIER 39, the history spans over three decades and includes three generations. So, its one of those places that you can take pride in supporting and enjoying. But the food? Devine! From fresh seafood entrees and appetizers, right down to the Chicken Fingers and fries that my kids ordered, it’s delicious. 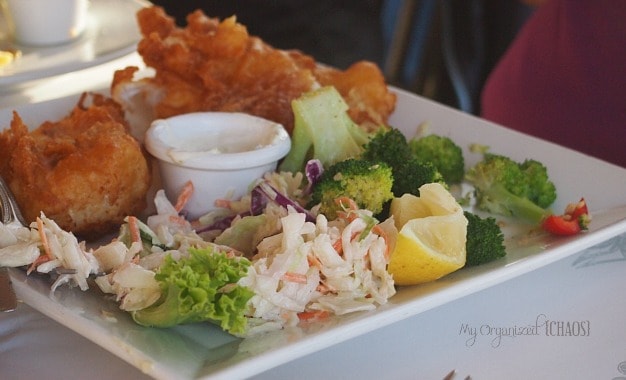 As well, Fog Harbour is the first and only restaurant on Fisherman’s Wharf to offer a 100% sustainable seafood menu based on recommendations by Monterey Bay Aquarium’s Seafood Watch and Aquarium of the Bay. Just look at this lobster! But really, the photo doesn’t do it justice at all. Delish! 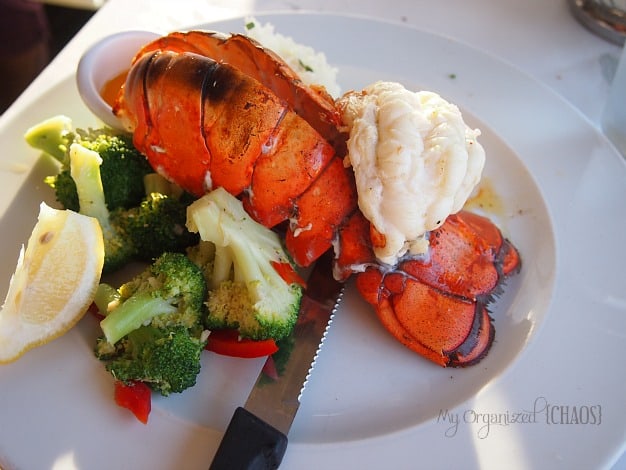 A tip from me? Order the Strawberry Daiquiri, it was the ideal drink after a long and hot day of sightseeing. Its made with real strawberries too, so have a couple {or three}. Fruit Group!

Even better, enjoy the experience via waterfront dining – watching that sun set off the coast is fabulous. You can actually see both the Bay and the Golden Gate Bridge right from your table. 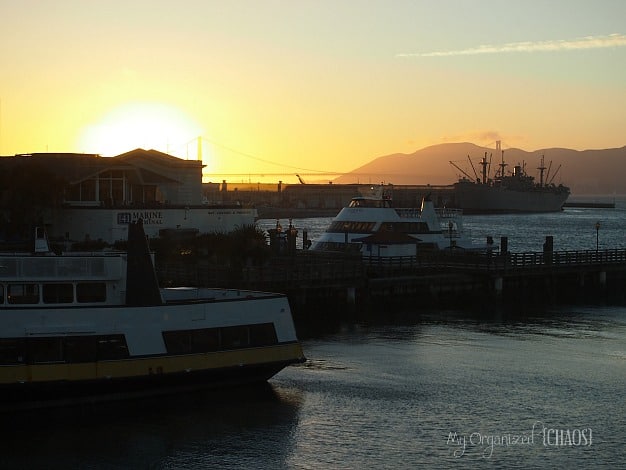 Once again, I suggest getting a San Francisco CityPASS ticket booklet for each member of your family. Discounts on admissions and attractions with free coupons too. Make sure to check out my post on San Francisco family friendly attractions, for even more tips and information to make your trip to the bay area a memorable one!