Have you seen the new Ever After High dolls by Mattel?!

When I first learned about Ever After High dolls, I asked my oldest about them, which started a frenzy of excitement and story telling. Apparently my daughter was CRAZED for them, and I had no idea. 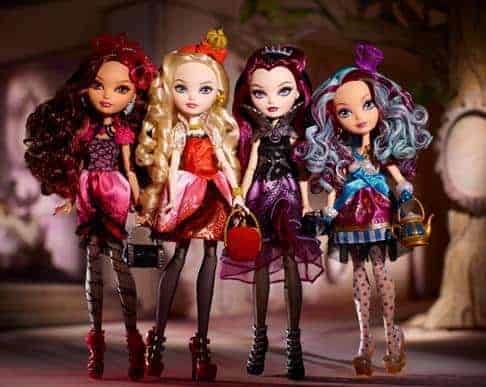 Since then, I heard of them often from her – the collection is tops on her wish list this year, as you can imagine.

Not familiar with these new dolls? Let me tell you the story …

The question of what happened once the famous princess’s got their ever after, is answered. They had princes and princess’s of their own, and as their children got older, they were sent to Ever After High, which is a boarding school, so they could learn to walk in their parents footsteps. The school is filled with the kids of those fairy tale folks, where the page has been turned. Not only do you have the children of the princes and princess’s of the fairy tales that we all grew to love, but you also have the children of the villains. 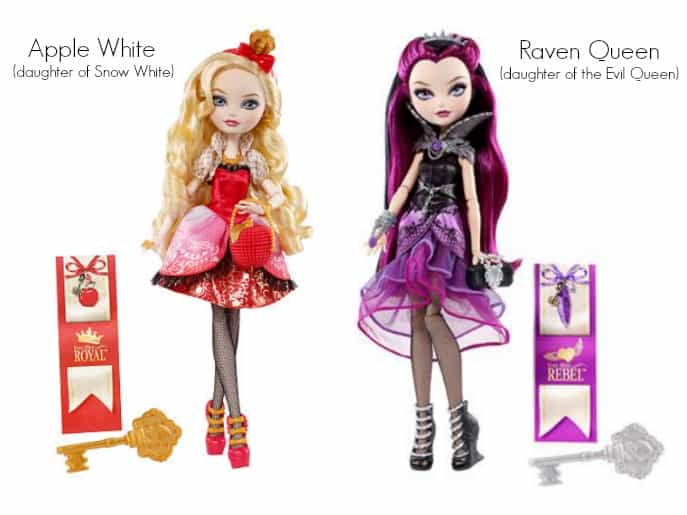 One such child of a famous villain is Raven Queen, who is the daughter of the Evil Queen. Raven finds herself questioning her fate, her destiny to become the next Evil Queen. She finds that she is destined to poison a fellow classmate, Apple White. She then gets the rest of the students in the class together, and has them all questioning their predetermined fates.

So the question is, are you a Royal or a Rebel? That is where the dolls from Ever After High come in. They are more than just dolls, they represent the future in the world of fairy tales.

Made my Mattel, Ever After High dolls original stories behind famous fairytale characters’ teenage children. Ever After High invites girls to discover the untold stories of the Royals and Rebels – the next generation of fairytale legends – who just like them are learning that destiny isn’t written in permanent ink, but can be rewritten.

First of all, these dolls are CUTE! Each one comes with intricate, well made clothing and incredible little details to suit their character. My daughter just loves Madeline Hatter {daughter of Mad Hatter}. 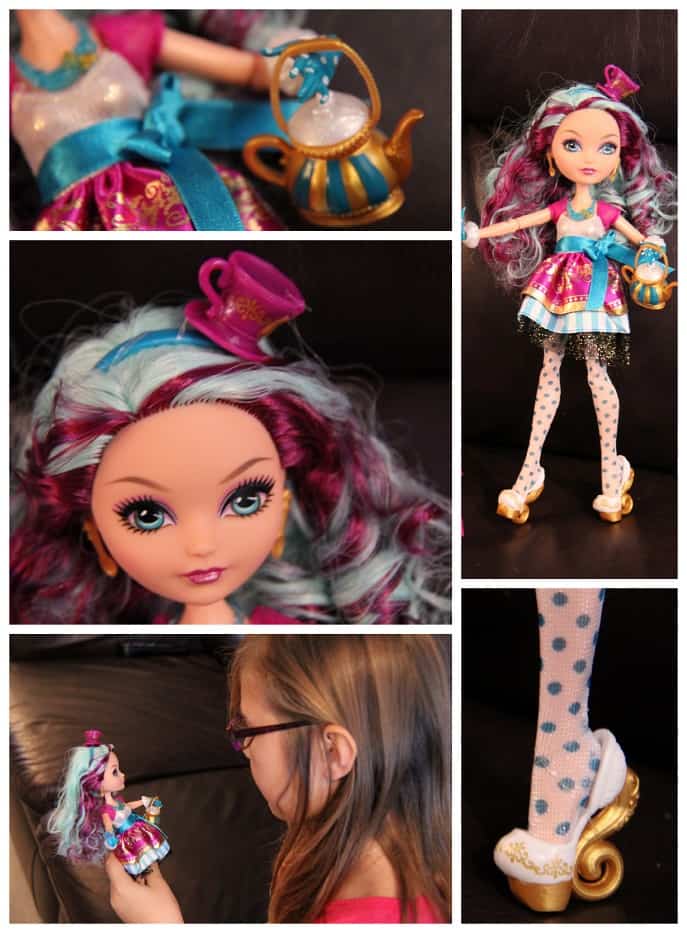 With trendy hair and make-up, she also comes with the most darling little handbag and hat. And the teapot shoes and spoon earrings? So unique!

The exclusive dolls in the Ever After High line are the ‘Royals’ and the ‘Rebels’, and it’s my daughters mission to collect them all {like she does Monster High}.

I can certainly understand the craze for Ever After High dolls, they are so beautiful. Each comes with a stand, which my daughter uses all the time. She also loves playing on the EverAfterHighg.com website – there’s webisodes, games, avatars, and interactive content.

Ever After High dolls are a great gifting idea for Christmas and retail for ~$30 each in Canada. 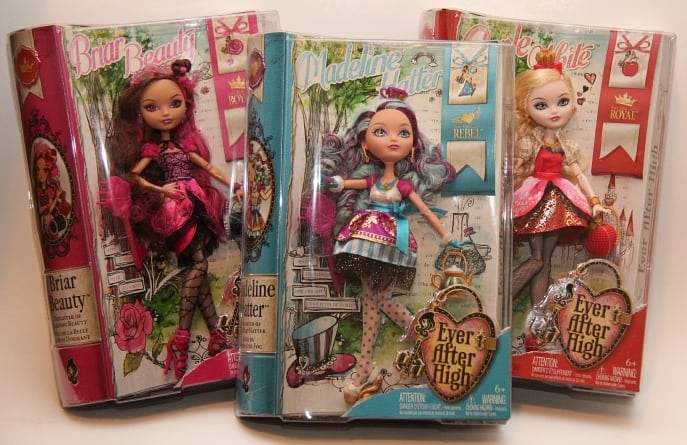