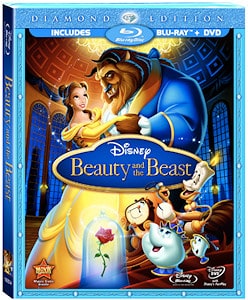 Beauty and the Beast is an award winner, with kids and the literal sense. In 1992 this movie received two Academy Awards® for music in, three Golden Globes® for Best Motion Picture, Best Original Score and Best Original Song in 1992, and two Grammy Awards in 1993. It’s also listed as number seven on the American Film Institute’s Top 100 Animated Films. It’s now the Diamond Anniversary and Beauty and the Beast will b released from the Disney vault for a limited time only, arriving on a Blu-ray + DVD Combo Pack (2 Blu-ray Discs + DVD) yesterday {October 5th}, followed seven weeks later with the release of a 2-Disc standard definition DVD on November 23. Think Christmas Gift!

Beauty and the Beast features a fabulous cast of top vocal talent, including stage actress and singer Paige O’Hara {read my recent post on meeting Paige O’Hara At the Disney Blogger Day Event!} as the voice of Belle. Actually, the entire cast is quite remarkable!

I’m not quite sure this film needs a story interlude, yet just in case there’s someone out there who hasn’t seen this movie yet, here’s a Film Synopsis:

Set in and around a quaint French village during the late 18th century, Beauty and the Beast follows the fantastic adventures of Belle, a bright and beautiful young woman who finds escape from her ordinary life, and the advances of a boorish suitor, Gaston, by reading books. Meanwhile, off in a castle in the distance, a cruel young prince is cast under the spell of an enchantress who turns him into a tormented beast, while transforming his servants into animated household objects. In order to remove the curse, the Beast must discover a true love who will return his affection before the last petal falls from an enchanted rose. When Belle’s inventor father stumbles upon the Beast’s castle and is taken prisoner, Belle comes to the rescue and agrees to take her father’s place. With the help of the castle’s enchanted staff, she sees beneath the Beast’s exterior and discovers the heart and soul of a human prince. 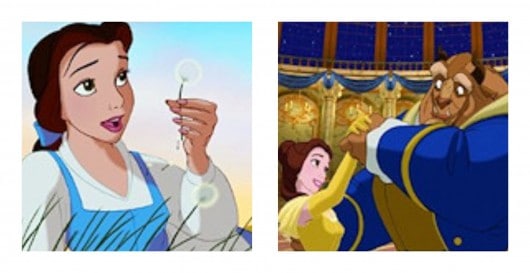 I recall the very day I received Beauty and the Beast on VHS {yep, I said VHS}. It was Christmas morning in 2003 and I tore that package open first {I knew what it was}. Then, I tore open the package of the new nightgown I got {I figured that one out too, I was always sneaky like that}. There I sat Christmas morning, right in front of the TV and watched Beauty and the Beast. From that moment until today I must have watched it hundreds of times, it is my all-time favorite Disney film. I know every second of the movie off by heart, which annoys my kids big time. But, it’s one of my kids’ favorite movies too, they have watched my original VHS many many times. We were all thrilled to receive Beauty and the Beast Diamond Edition Blu-ray + DVD Combo Pack. The color is amazing and the bonus features on the disc are spectacular. But, I will always have my VHS, after all it was my favorite Christmas gift in 2003!