When I was at the Disney Blogger Event recently, I had the opportunity to get a detailed look at the new Disney Pixie Hollow Games for Disney’s Tinker Bell and the Great Fairy Rescue. I really dived into this information since my daughter is at the age where she is immensely interested in online games and portable game systems. I have found that she tends to prefer games related to movies she has watched, or toys she collects. Since she already loves Tinker Bell and is anxiously waiting to see the new Tinker Bell and the Great Fairy Rescue move {out this month!}, I knew this aspect of my trip would particularly pertain to her interests. 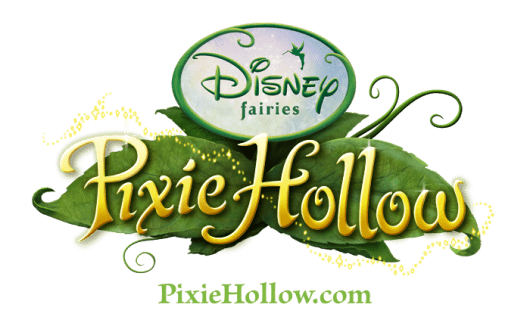 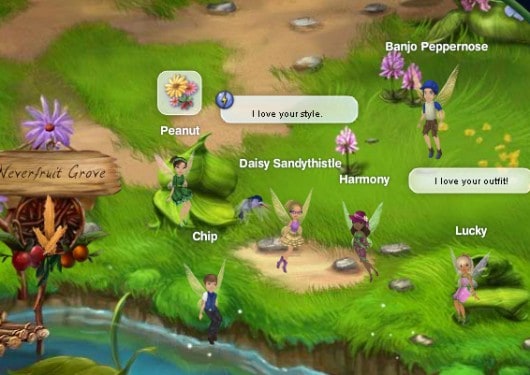 Disney has created a fabulous on-line world {intended for ages up to 13} of Pixie Hollow, where Tinker Bell and her friends {aka, the players} can interact, create, play and learn together – and have a ton of fun! Like all online games, I closely examine the safety aspect to ensure that is a 100% safe game for her to play. When I was introduced to the Pixie Hollow World by the developers, I was amazed at the safety aspect and the great lengths Disney goes to, to ensure the safety of this online world. For instance, all the players can talk to one another, yet you cannot type numbers. So, there can be no exchange of address or phone number. As well, there are many words which cannot be typed into the conversation. If one tries to type the words, red cursers appear and Disney staff monitor the chat. After a warning, if certain language is tried to be said again, the player is banned. And, most of all I was impressed that many times, a Disney developer is online playing the game and monitoring behavior and promoting fun and creative games and events. 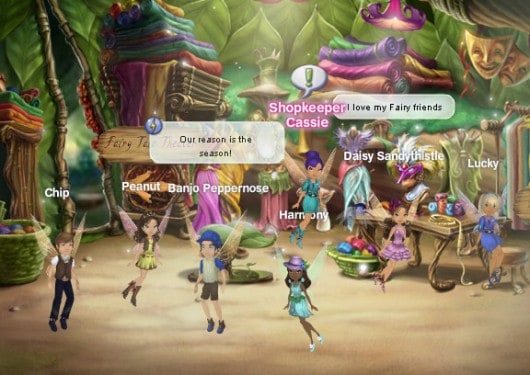 The online game appeals to children since it encourages inventive thought – whether it be to create fun hairstyles, choose clothing, earn and collect badges, shop for furniture, do some baking and even plan and attend parties with other players. There is a calendar to see when the Disney Fairies will be online, which is the best part for my daughter. She looks forward to these times, just like she would counting down to a birthday. She knows there is always something fun in store during this special time. It’s the excitement that she has shown toward this online game – and that’s the same excitement that can only come from Disney.

The online game can be played for free, yet a small monthly subscription can open new adventures, and worlds.

Tinker Bell and the Great Fairy Rescue gaming goes beyond playing on the home computer. There will also be a new Nintendo DS game in stores soon. Though I haven’t played with it very much, except for a short time at the Disney Studios – I did like playing the games. they were very colorful, lively and fun – and a bit of a challenge too {and I like the learning aspect in games}. When I have that much fun with a portable game, I know that my daughter will like it too. I’m sure any fan of the new movie will like taking the characters and story – and making it their own. Plus, the new DS game will have a feature allowing it to be linked with the on-line computer game as well.

Here’s a sneak peek at the Tinker Bell and the Great Fairy Rescue Nintendo DS game.