I did quite a bit of organizing and decluttering in the springtime, yet it’s a never-ending job isn’t it? Just recently I went to get a pair of sandals from the front closet, and a literal mountain of shoes fell out. With five people in our family {4 of which are girls}, I realized that we each have about 7 pairs of shoes in the rotation right now, and this is only for the summer season!

Deciding that the madness needed to be stopped, I grabbed a handful of footwear and proceeded to the ‘footwear storage’ area of our home in the basement. I pulled out the bins and then realized that we also have about 9 additional pairs of summertime footwear, for each of us. Times this by all 4 seasons and I have a nightmare on my hands. Does one really need 10 pairs of flip-flops? … I’m talking ‘need’ not ‘want’, by the way. 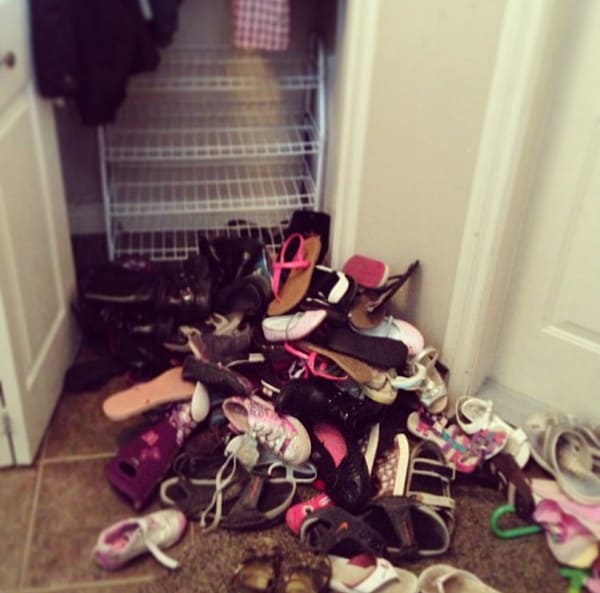 As I sorted through the bins I realized that many pairs weren’t even worn and in the kids case, many outgrown before they even had one step on the pavement. Such a shame, yet I really need to get things under control. It’s time to sort, make piles and donate – and the time is now, before the next season and more chaos is added to the pile.

Thing is, this doesn’t just apply to shoes – we have all sorts of accumulated stuff which we truly do not need, as evidenced by the lack of use. Know what? Someone else could actually have the need, so why not pay it forward. 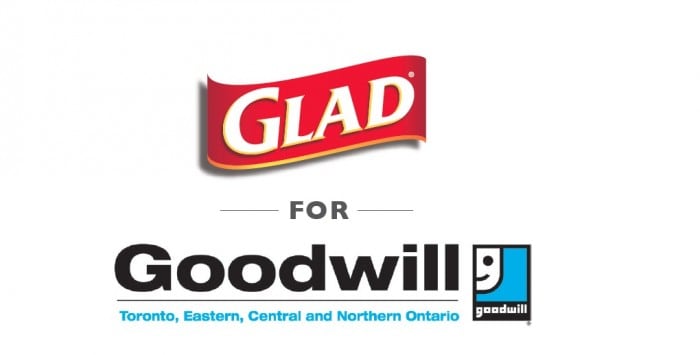 Right now there’s a great partnership between Glad and Goodwill in the GTA, called Donate4Good. Sometimes people just need a small push in the right direction, to donate. And that push comes in the form of the bags to do so!

Glad donated $10,00 + 10,000 black plastic bags so that people could collect their unneeded items. Glad will then be stationed at five select Loblaws stores across Toronto, to collect said donations. For every Glad bag returned with clothing and gently used items, Glad will also donate $1.50 to Goodwill!

Hows that for double-donate love!

Here are the participating Loblaws stores:

Now, if you aren’t in the GTA nor have a Goodwill location near you, don’t skip over the intended message of this great initiative. Keeping the cause in mind, anyone can donate to their own local charities. 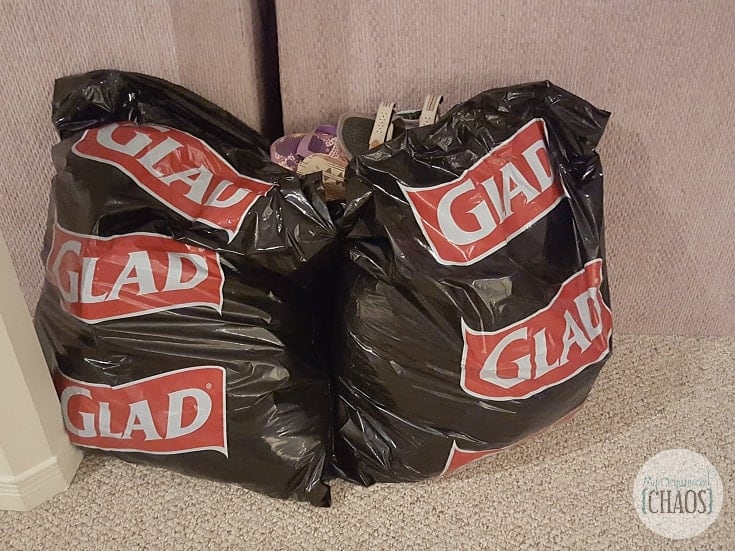 That’s exactly what I did thanks to Glad sending me some of their bags – I sorted through those shoes and made a donation to a drop-off in our Albertan city. As a result, I’m able to provide items to those who need and will use it. I have much more space in my storage area, and I’m no longer attacked by a rampage of shoes screaming for some attention already. Now, onto the other stuff in our home … you know ‘the stuff’. We all have ‘the stuff’.

Not really sure what what to donate? Here are the Top 10 Most Wanted Donation Items:

Keep in mind that 2 boxes of donated books = 2 hours of on-the-job training, and 1 bag of donated goods = 1 hour of career counselling. There’s a whole lot of good in donating!

Disclosure: I was compensated for this post, all opinions are my own.