According to a Nature Valley survey conducted by vision critical,  43% of Canadians claim they don’t get outside because it is too cold. While it’s a shame to acknowledge, I completely understand. Since the season went from summer to fall, and our first snowfall sent a permanent chill through the air, I’ve been very swayed to stay in the warm indoors.

Yet the first step in change is to recognize the issue and the associated triggers, right? We all know the benefits of spending time outside. Research shows spending time outside delivers mental and physical health benefits, makes people feel more relaxed, less stressed, more invigorated and gives them a break from the pressures in their daily lives.

Today’s children spend less time outdoors than their parents did, and this trend needs a big transition. So now that we know the issue and the triggers, how can we focus on the change?

Life is all about balance, and as much as relaxing indoors is needed because the downtime is needed after a busy and stressful day – instead, make yourself a deal. Before you find that soft couch blanket, use the day’s motivation to {right away}, get outside.

The other day the kids and I walked in the door after being out {but indoors} most of the day. Some serious yawning was already taking hold, and I realized that if we didn’t seize the opportunity now, we probably wouldn’t leave that house again until morning. I decided the school and activity bags could be unpacked later, and dinner prep could wait a little bit longer – we were going on a bike ride!

So off we went, on the sidewalks and paths of our neighbourhood. It was an impromptu release of the day, while zooming on bicycles. It wasn’t a long nor strenuous ride, but one that gave us a change of scenery, fresh air, and much fun. While our idea of ‘relaxing’ could be doing nothing, in a sense, this was relaxing too. No agenda, just pressure – just go. 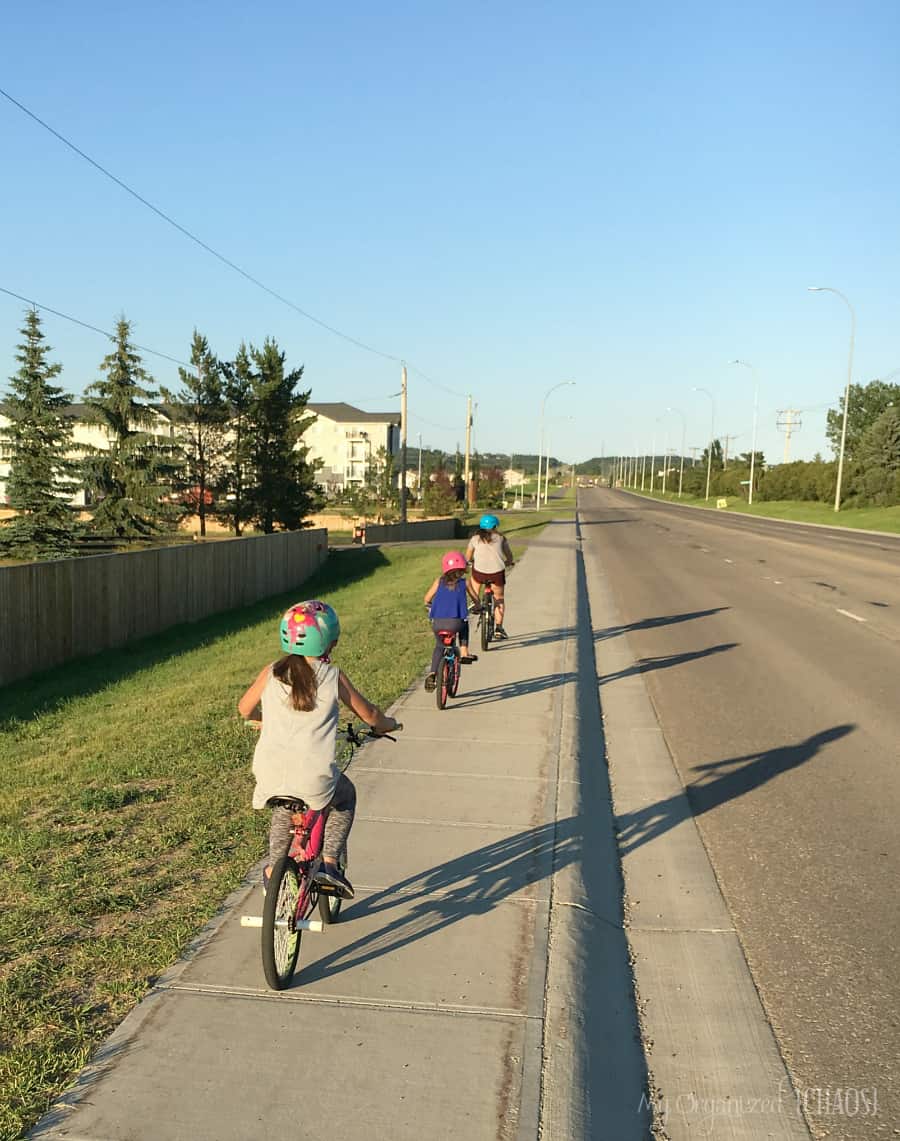 Spending that half-hour outdoors gave me the energy to push through the rest of the days duties of dinner-making, homework-monitoring, lunch-making and finishing off the laundry. All it took was spending family time together outdoors was needed before spreading out in opposite directions in the house, most likely faces in technology. Getting out in nature doesn’t need to be complicated, it’s just about recognizing the importance and embracing opportunity.

Today I challenge you – don’t overlook the benefits of nature. Recognize and embrace it – and devote some time in your day to go outside and just enjoy it. If you need some inspiration, check out the 100 #NatureMoments for 100 Days of Summer checklist. While it’s labelled with summer, there are so many activities that can be done in the other seasons as well. With these 100 easy and fun nature moments, you’ll see that nature is closer than we think.

Disclosure: This is a sponsored post, yet as always all opinions are my own.