Many years ago, pre-kids, my husband and I played a lot of video games together after work. One of the games we played most, was Nintendo’s Animal Crossing. We used to have competitions on collecting the best furniture for our homes, and who could catch the best fish. My husband used to get so mad when he started playing to find that I had just collected all the best fish and veggies from the garden. It was hilarious.

It’s funny how a decade has passed and I still remember this so well.

Fast forward to the now, and we still have our trusty Nintendo Game Cube, and it calls our 5th Wheel trailer – home. It’s played on rainy days while out camping … Well, truthfully it’s more for our kids now, and they aren’t apt to letting Mom and Dad have too many turns. One of the games they play the most is, that’s right, our old Animal Crossing game – they love it!

They get a kick out of reading the notes that my husband and I left for each other on the town bulletin board. Sweet nostalgia! Yet, I’ve noticed that they spend the most time on the game, simply redecorating and rearranging the furniture in the homes. Well, our previous homes, I guess. I do like what they did with the place though.

You know a game is good when generations are still entertained by it!

My girls were beyond thrilled to get a copy of this game which was just released last month. They’ve been playing at home on their Nintendo 3DS, which was my saviour over parts of the Thanksgiving long weekend. 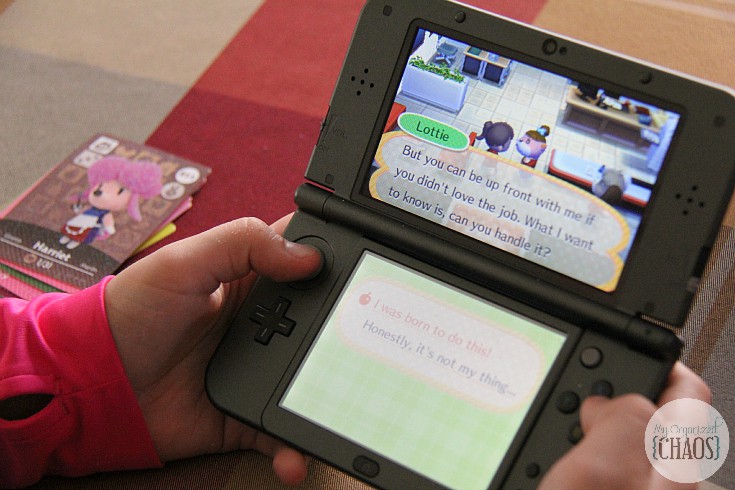 Not familiar with Animal Crossing: Happy Home Designer? Here’s a bit about the game:

Instead of playing the role of Mayor in the latest game in the series, this time get ready for an entirely new experience as a home designer happily working at Nook’s Homes.

Lottie, a new character with the quirky personality you’d expect from Animal Crossing, is your guide to your new career as a home designer. You’re tasked with fulfilling your client’s decorating wishes, and thanks to the usability improvements to the game, it’s never been more fun to design a home in Animal Crossing. 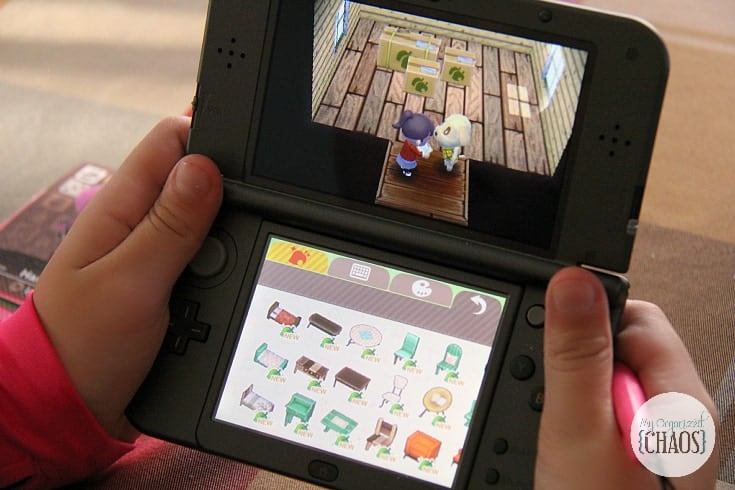 You don’t only take control of the look of the inside of a villager’s house; you get to decorate the exterior as well. The UI has been streamlined by taking full advantage of the touchscreen. Use the stylus to place a house, trees, plants, and items outside, and then further customize the color and look of the walls, roof, and more with just a few taps.

Next, go inside to place furniture and decorate to your heart’s content. The leaf icons that made the items in your Animal Crossing inventory a mystery have been replaced with full-color icons, so it’s much easier to find the item you’re looking for. And there’s no need to stand in the exact right spot to place furniture: Just select it and drag it in place with the stylus. You can even rotate the object quickly with the stylus as well. 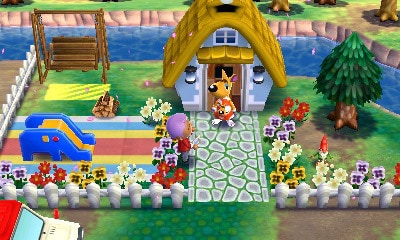 This game is modern though, and it has features you’ve come to expect out of games these days. In Animal Crossing: Happy Home Designer you can change your avatar’s facial structure and features such as skin, hair and eye colour. 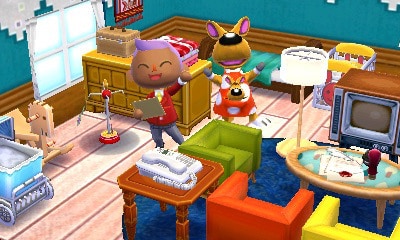 Just like when hubby and I played Animal Crossing many years ago, I now watch my girls have competitions on the best home design. Some things change, but, not entirely!

Animal Crossing: Happy Home Designer also introduces new amiibo card functionality. Pick up the card for your favorite villagers and special characters, like Isabelle or K.K. Slider, hold it to the screen, and you can fulfill their design requests as well. Or, do like my daughter does and upload all the character cards into one room and throw a party!

Animal Crossing: Happy Home Designer is rated E for everyone and can be purchased as in-store or at the Nintendo 3DS eShop.

Disclosure: I received product to facilitate this post, all opinions are my own.